Home Page Russian Disinformation Regarding the Attack on Ukraine

Russian Disinformation Regarding the Attack on Ukraine
15

In preparation for the military operation against Ukraine, Russia intensified its disinformation efforts against that country and Western states. By attributing responsibility for the escalation of the situation in the Donbas to the Ukrainian armed forces and accusing them of genocide, Russia has sought to fabricate a justification for its decision to recognise the statehood of the self-proclaimed republics and the subsequent launch of its “special military operation”. The Russian invasion has been accompanied by further disinformation activities aimed at the Ukrainian public, NATO, the EU, and their member states. The aim is to create an image of Ukraine as a failed state that is unable to defend its citizens and lacks the support of the West. An increase in the intensity of Russian disinformation activities against Poland, NATO, and the EU should be expected. 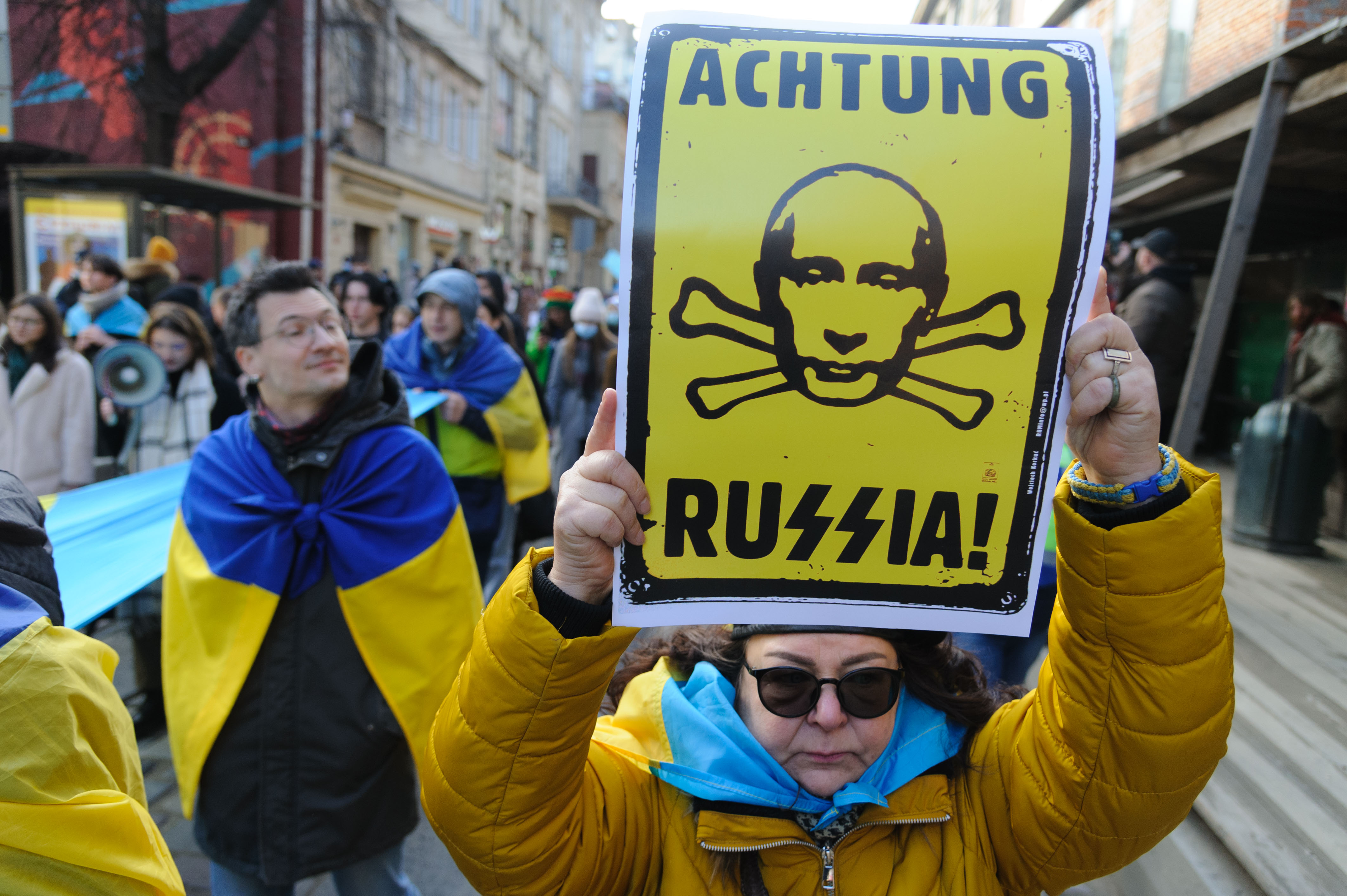 What are the objectives of the Russian disinformation?

Russian disinformation activities aim to create information chaos to make it difficult to assess the real situation. Using various media, Russia exaggerates losses on the Ukrainian side and spreads false information about the weakness of the Ukrainian resistance. By intensifying the atmosphere of fear by questioning Ukraine’s ability to defend itself and creating a feeling of abandonment by the West, Russia wants to cause panic in Ukraine. It seeks to undermine the morale of the nation and the military, as well as confidence in the Ukrainian government. Russian disinformation also aims to pressure NATO/EU countries to stop supporting Ukraine. Russia suggests readiness to retaliate, which is intended to create fear in Western societies and weaken the resolve of their governments to provide aid to Ukraine. To this end, Russia may mobilise radical political circles in Europe and the U.S. to sharpen public debate, stir up anti-Ukrainian sentiment, and stoke divisions within the transatlantic community.

How does Russia use disinformation to justify the attack on Ukraine?

President Vladimir Putin justified the decision to launch a “special military operation” against Ukraine as the need to protect the population of the so-called Donetsk People’s Republic (DNR) and Luhansk People’s Republic (LNR) from what he called “genocide” and the need to “de-nazify” Ukraine. Accusations of ethnic cleansing and other crimes against the Russian-speaking population are a regular feature of Russian disinformation campaigns, particularly against Ukraine. In 2014, they were used to justify Russia’s forced annexation of Crimea and support of the pro-Russia separatists in Donbas. This message intensified in February of this year through an increase in Russia-inspired “false flag” provocations, which were secret service operations designed to attribute responsibility for the escalating tensions to the Ukrainian armed forces and included artillery shelling of civilian targets, subversion and sabotage of critical infrastructure facilities, and terrorist assassinations of leaders of the self-proclaimed republics.

What image of Ukraine is Russia trying to create?

Since 2014, Russia has been fostering, both for internal use and in its relations with the West, a false image of Ukraine as an “artificial state” devoid of any historical basis for its functioning and a by-product of poor decisions of the Soviet leadership. Such a message is intended to undermine the Ukrainian people’s right to sovereignty and independence and to justify Russian claims to lands inhabited by Ukrainians. Ukraine is also presented as a “failed state” that is unable to protect its own citizens and has no chance of integration into NATO and EU structures. At the same time, the Ukrainian government is described as a “Nazi junta” that violates the rights of the Russian-speaking population and came to power as a result of a Western-inspired coup (“colour revolution”). The myth of a neo-Nazi Ukraine is built up by Russian media through extreme nationalist circles, which, however, have marginal support. Ukraine is also presented as a “puppet” and a “tool” in the hands of the West to be used against Russia.

What disinformation is Russia sending the West now?

Since the beginning of the crisis, Russia has attributed responsibility for the situation in Ukraine to NATO states, accusing them of pursuing policies in the post-Soviet area that threaten Russian interests and security. Russia has created the myth of a “deception of the West” regarding claims of the non-expansion of NATO to the east. By making false accusations (e.g., concerning plans to deploy missile systems to Ukraine or Ukraine’s supposed immediate accession to NATO), Russia has tried to position itself as a victim and justified its offensive actions on the grounds of the need to defend itself. This message, combined with the anti-Ukrainian disinformation campaign, is intended to mobilise political circles in Europe and North America opposed to supporting Ukraine or to limit their support. To this end, Russian information—in fact disinformation—centres are spreading the idea that Western military aid has encouraged Ukraine to escalate the conflict.

What are the threats to the Polish information space?

Poland should expect an increase in the intensity of Russian disinformation activities against it. Russia’s message to Poles will be oriented towards creating an atmosphere of fear or even panic. An example is false information about the depletion of fuel reserves, which is intended to provoke nervous reactions amongst the public. Russia wants to weaken Poland’s support for Ukraine, which it seeks to achieve by trying to fuel anti-Ukrainian sentiment through manipulation of historical issues (especially regarding Volhynia), spreading hate speech about ethnic relations, and talking up the prospects of disastrous mass migration from Ukraine to Poland. Russian disinformation also seeks to undermine the credibility of Western allies’ commitments to Poland (again, using World War II-related themes), and as NATO decides to increase its military presence in the region, the Russian disinformation will probably attribute to the allied forces the role of “occupation troops” and Poland’s supposed subordination to the U.S.

Legal Aspects of the Attack on Ukraine
Szymon Zaręba 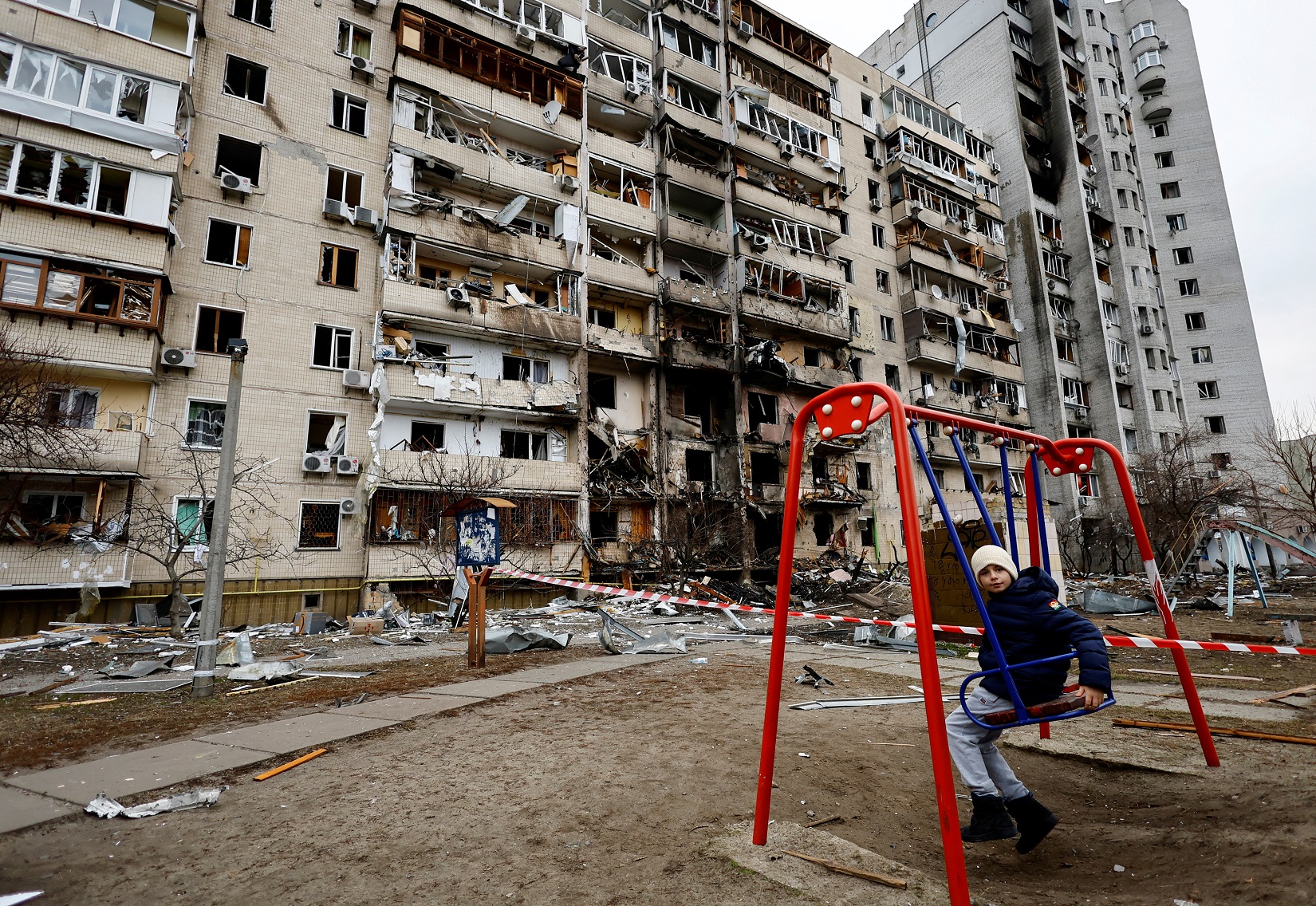