Delimitation of Maritime Areas in the Eastern Mediterranean as a Challenge for the EU
65
For several reasons, there are difficulties in delimiting the borders of the exclusive economic zones (EEZ) and continental shelves in the Eastern Mediterranean. There are a number of conflicting claims that vary in scope, as well as various legal obligations, the lack of international recognition of several parties to the disputes, and the application of a policy of fait accompli on some of the sides. It is in the EU’s interests to create conditions for the conclusion of a multilateral delimitation agreement concerning a part of the basin west of Cyprus, and bilateral agreements for Cyprus with Lebanon and with Syria.
Szymon Zaręba 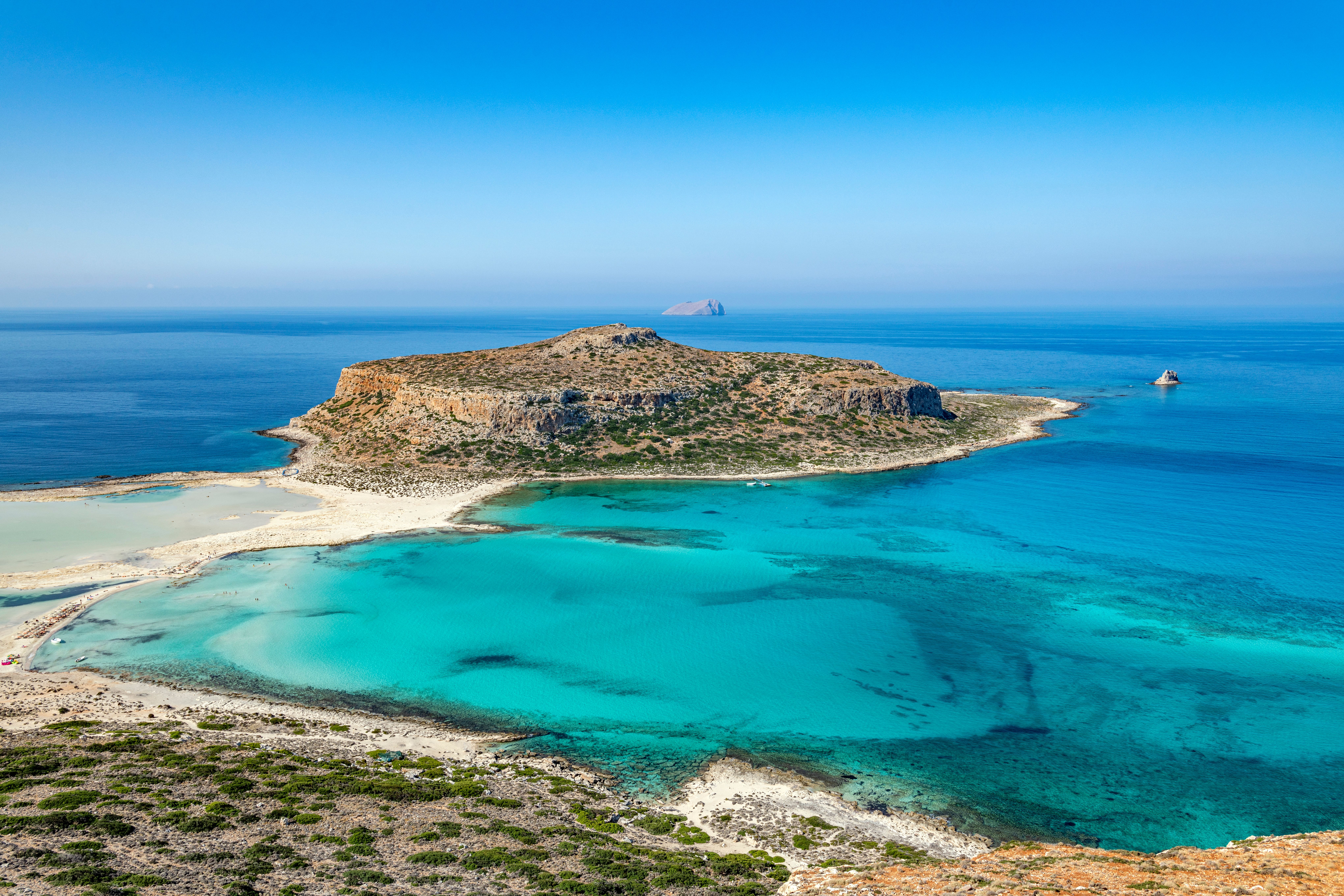 The growing interest of the Eastern Mediterranean countries in the potential of offshore oil and natural gas deposits has led in recent years to increased tensions in the region over boundaries of EEZ and the continental shelves. The law of the sea allows states to delineate such zones, in simplified terms, up to 200 nautical miles (NM) from the coast, giving them, for example, exclusive rights to exploit natural resources there.

Due to the nature of the claims, two sub-regions can be distinguished. The first is the sea area between the Greek islands of Rhodes, Karpathos and Crete and the coasts of Turkey, Cyprus, Egypt and Libya. With the exception of the last two, tensions here are related to the distance between opposite coasts. Generally, it does not exceed 300 NM, even between the shores of Turkey and Egypt or the Greek Crete and the coasts of Cyprus, Libya and Egypt. Therefore, each country’s attempts to designate an EEZ or shelf raise potential conflict with the interests of others. However, there is noticeably growing cooperation between Greece, Cyprus and Egypt on the one hand, and Turkey and Libya on the other. The manifestation of the former is in particular the EEZ delimitation agreement between Cyprus and Egypt of 2003, and the joint declaration of the leaders of Greece, Cyprus and Egypt of 2017, in which they expressed their will to promptly delineate maritime zones between them (both met with protests by Turkey). Evidence of Turkey’s cooperation with civil war-torn Libya (specifically with the UN-recognised government of Fayez al-Sarraj) is a 2019 memorandum on the delimitation of maritime jurisdiction areas in the Mediterranean, defining the boundaries of their shelf and EEZ, which drew protests from Cyprus, Egypt, Greece and the EU.

The second sub-region includes waters to the north, east and south-east of Cyprus. The reasons for tensions here are more complex. First, they result from a lack of bilateral delimitation agreements between countries whose coasts are adjacent (Turkey with Syria, Syria with Lebanon, etc.). This provokes disputes about the width of zones of each of the neighbours. Second, there is controversy about the need to adjust the range of the EEZ or shelf of Turkey, Syria, Lebanon and Israel and Cyprus, whose coasts lie on the opposite side to those of these states. A 2010 agreement between Cyprus and Israel partly addressed this problem, but an analogous 2007 treaty between Cyprus and Lebanon has not been ratified by Lebanon, and there have been no talks between Syria or Turkey and Cyprus for years. Third, the situation is complicated by EEZ claims put forward by entities that aspire to statehood, but whose  international status is unclear. These parties include Palestine and the mostly unrecognised Turkish Republic of Northern Cyprus (TRNC).

In the event of conflicting claims to an EEZ or shelf, the law of the sea requires that these zones be effected not unilaterally, but by agreement. The 1958 Geneva Convention on the Continental Shelf, 1982 Convention on the Law of the Sea and judgments such as those passed by the International Court of Justice (ICJ) in the 1984 Gulf of Maine case, are unanimous on that.

However, treaties do not provide a consistent answer on how to delimit in the event of disagreement. Pursuant to the 1958 Convention, the boundary of the shelf should be a median line determined by application of the principle of equidistance (equal distance from the coasts of the states in dispute), unless special circumstances justify a different course. The 1982 Convention indicates that, in such an case, the delimitation of the shelf or EEZ should be carried out using means of peaceful settlement of disputes, for example via the ICJ or the arbitral tribunal.

These discrepancies increase the role of international case law. Since the ICJ 1993 judgment in Greenland and the Jan Mayen case, international courts have usually adopted a method similar to that in the 1958 convention, seeking a median line that can be corrected due to special circumstances. Such circumstances include, for example, the presence of islands, and are assessed according to the principle of equity, taking into account, among other things, the size and distance of the island from the mainland. The principle of proportionality is also applied, requiring the ratio between the maritime area allocated to each party and the length of its coast to be taken into account.

The first factor that makes it difficult to settle disputes in the region are some countries’ claims that are clearly contrary to the principles of delimitation. This applies particularly in the case of Turkey, according to which even large islands such as Rhodes or Cyprus have a limited right to the shelf or EEZ, and, as a consequence, the Turkish shelf surrounds Cyprus from the west. However, Greece’s claims to a large area south of Kastellorizo, a small island off the Turkish coast, are also contrary to the principle of equity. In the light of judgments in Qatar v. Bahrain 2001 and Romania v. Ukraine 2009, the island should enjoy only 12 NM wide territorial waters.

Agreement is also hampered by the fact that some of the states in the region, such as Israel, Libya, Syria and Turkey, are not parties to the conventions of 1958 or 1982. This means that only vague customary law is applicable to them. Therefore, in the absence of delimitation agreements, they are not expressly obliged to accept the median line as the default border of the EEZ or shelf. Nor are they required to settle disputes in the manner provided for in the 1982 Convention.

Difficulties also arise from the lack of recognition of the parties to some disputes. The main problem is Turkey’s policy of not recognising Cyprus and supporting the independence of TRNC. One of its effects is the 2011 agreement on delimitation of the shelf between Turkey and TRNC, which is unlawful in light of the obligation not to recognise the TRNC imposed by the UN in the 1980s. Additionally, normalisation of the situation in the Gaza Strip is prevented by Israel’s lack of recognition of Palestine’s statehood and the resulting denial of Palestine’s right to any sea zones, as well as Egypt’s ambivalent attitude. However, Lebanon’s lack of recognition of Israel has no real effect. In the dispute over the part of EEZ claimed by both countries, talks are actively underway, with the U.S. in the role of mediator.

Settlement of disputes is complicated by a policy of faits accompli. This relates, in particular, to unilateral concessions for exploration and extraction of energy resources in disputed areas issued by TRPC and Turkey (Cyprus does not issue them in areas to which Turkey lays claim, and legitimately disregards illegal TRCP concessions), and to a lesser extent by Israel and Lebanon. This also relates to a part of the delimitation agreements concluded, contrary to the principles of customary international law, without participation of all parties involved in the dispute. The most striking case is the 2019 Turkish-Libyan memorandum, concluded without agreement with Greece, although its islands Crete and Karpathos are closer to the line drawn in the memorandum than the coasts of both parties. However, this problem also applies, for example, to the 2010 Israel-Cyprus agreement, which partly regulates the borders of the EEZ in the disputed border zone between Israel and Lebanon.

From the EU perspective, the situation in the first of the sub-regions is particularly important. It affects two EU Member States (Greece and Cyprus) and results in destabilisation, increasing the economic risk of EU energy initiatives, in particular the planned EastMed gas pipeline. A solution consistent with international law would be an agreement between Cyprus, Egypt, Greece, Libya and Turkey. It is therefore advisable to try to create a format that would facilitate negotiations with a view to concluding such an agreement, encouraging Libya to participate in it, and then Turkey. Talks could be facilitated by earlier submission of some disputes, such as between Libya and Greece, to the jurisdiction of international tribunals such as the ICJ.

In the second sub-region, the Union should in particular support Cyprus against unlawful actions by TRNC (and Turkey, carried out on behalf of TRNC), by intensifying sanctions imposed in 2019 if necessary. However, the EU’s room to manoeuvre may be limited by the threat of Turkey’s refusal to follow the 2016 migration agreement. The EU could also be involved in the resolution of Lebanon’s dispute with Israel, which Lebanon sees as a condition of its agreement with Cyprus. Due to the low intensity of the rivalry, it also seems possible for Cyprus to regulate its EEZ borders with Syria. 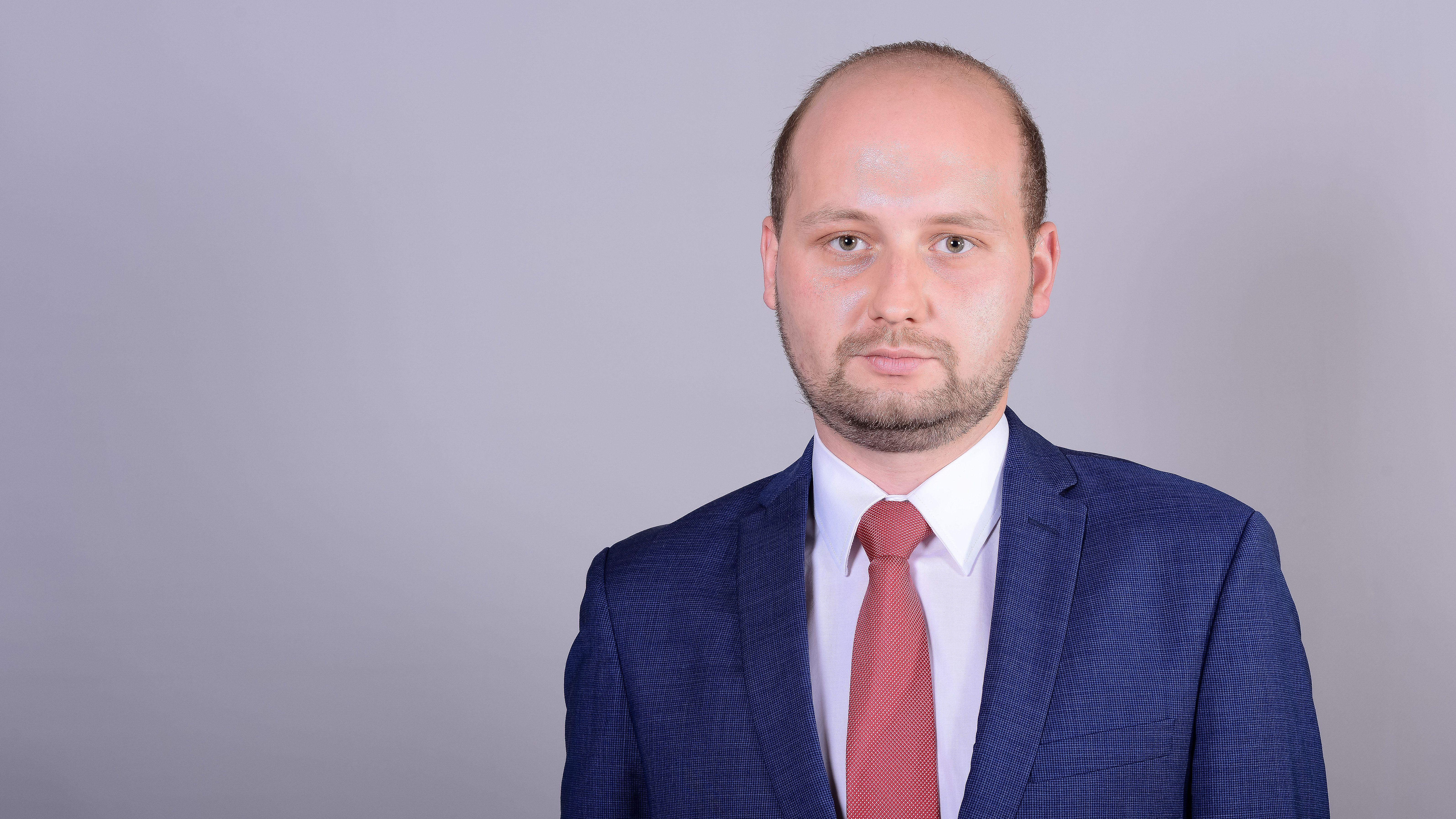 Tensions in the Eastern Mediterranean: an Urgent Challenge for the EU
Karol Wasilewski 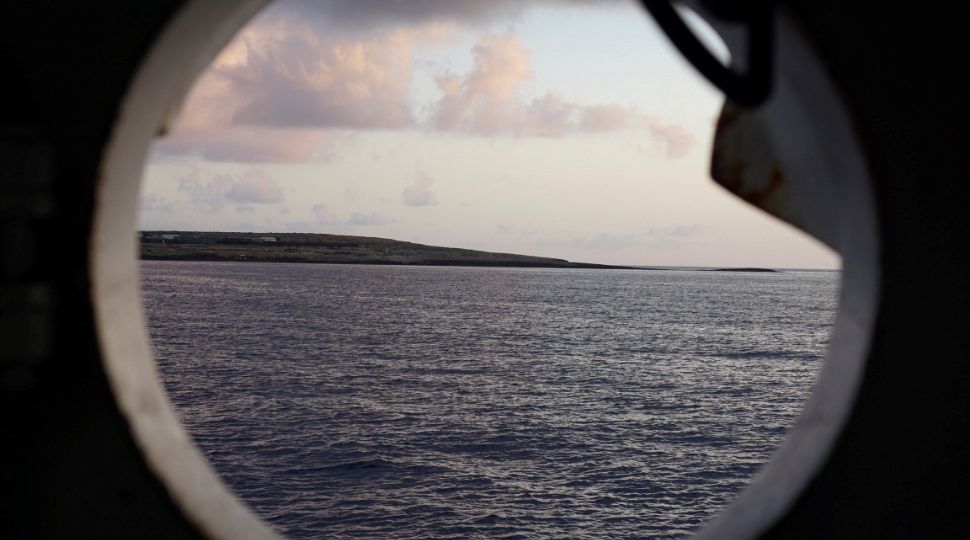 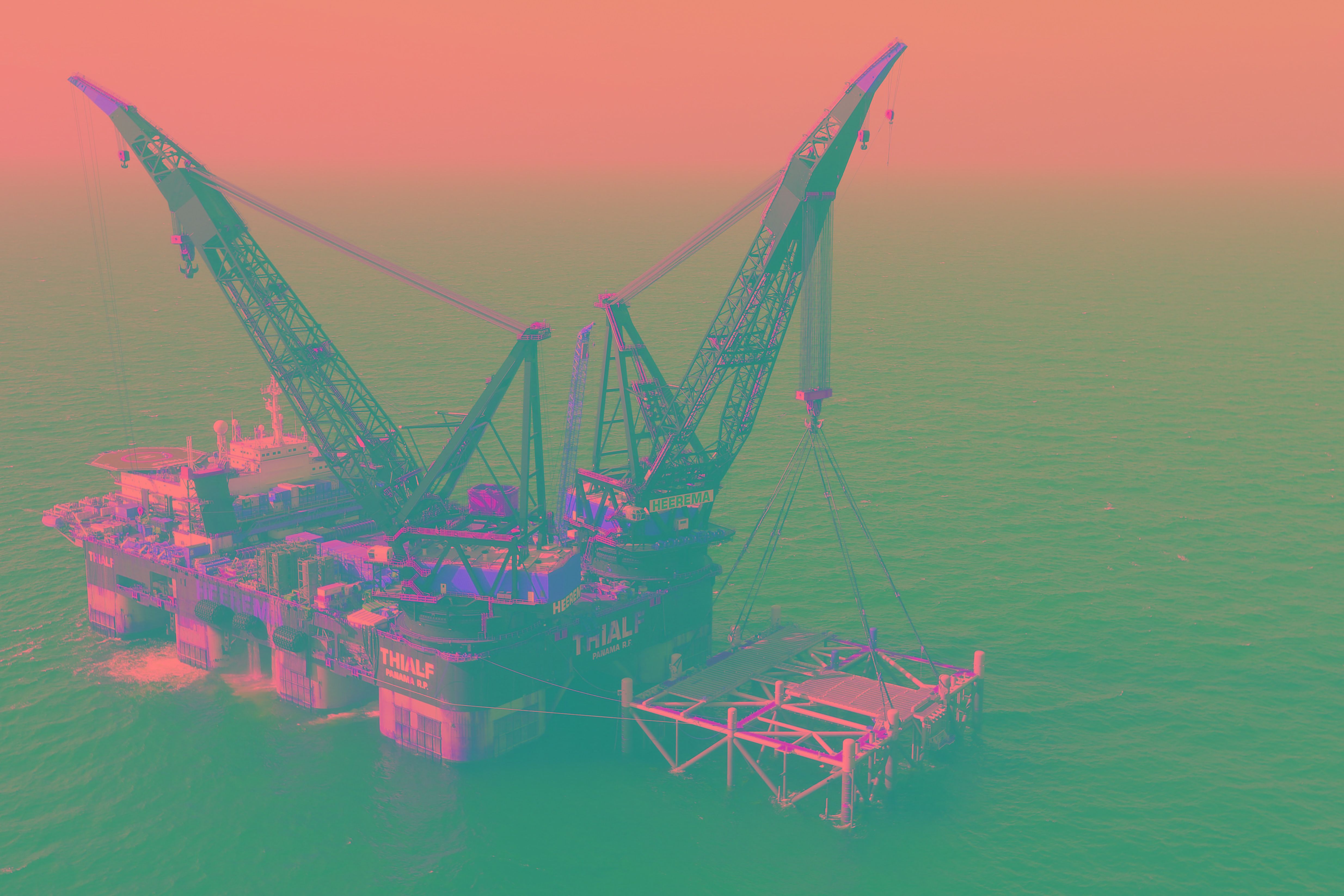 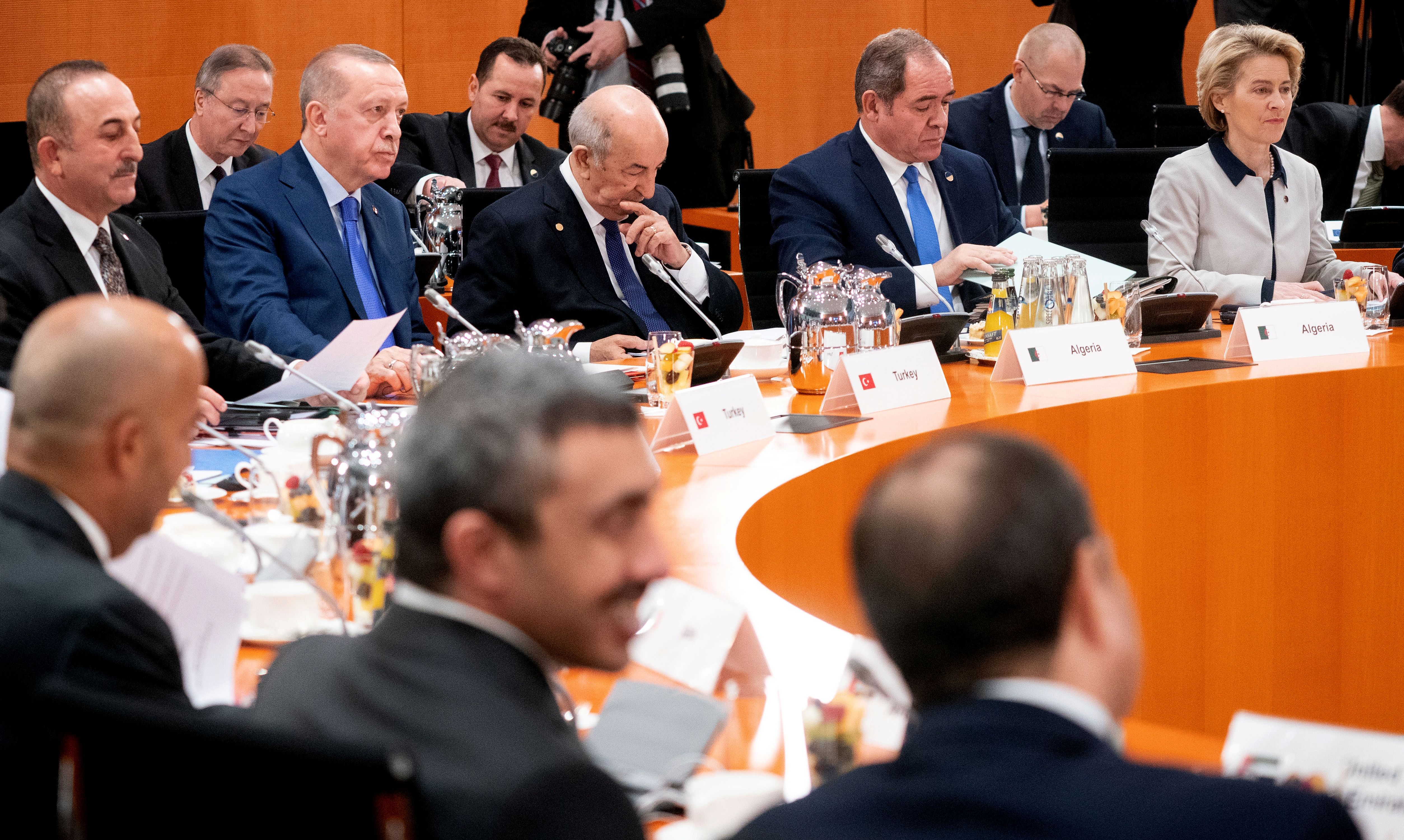