Home Page Looking for an Alternative: French Foreign Policy before the 2022 Elections

Looking for an Alternative: French Foreign Policy before the 2022 Elections
92
President Emmanuel Macron wants France’s role in European and global politics to become an important topic in the upcoming election campaigns. The Eurosceptic opposition contests Macron’s achievements and seeks to strengthen French sovereignty as traditionally understood, reducing the country’s dependence on the U.S. and Germany. In response to these sentiments, Macron is trying to raise France’s importance in transatlantic relations and prove that it can be a global power by setting the tone for the EU’s external action.
Łukasz Maślanka 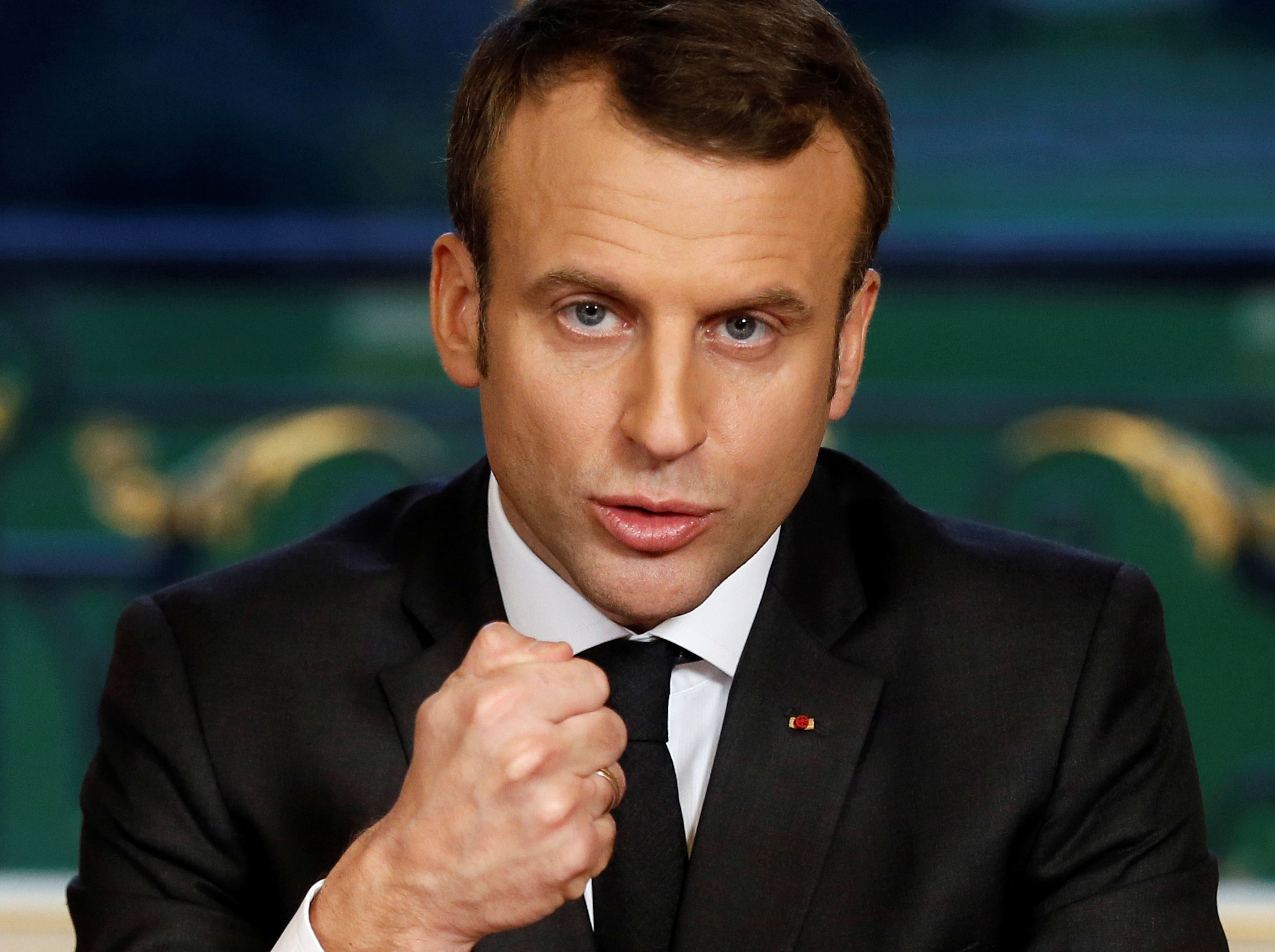 In 2022, presidential and parliamentary elections are to be held in France. The French presidency of the EU Council, planned for the first half of 2022, will coincide with the election campaigns. It is to be expected that France’s foreign and European policy will play an important role in them. Public opinion is polarised in attitudes to European integration and transatlantic relations as it concerns France’s place in the globalised world.

Although reform of the EU and deepening integration have become some of the most important elements of Macron’s presidency, these aspirations are accompanied by the ambivalent attitudes of the French towards the EU: only 27% of respondents in mid-2020 believed that EU membership brings more benefits than costs; 49% of French respondents have a positive opinion of NATO while 38% have a negative opinion. The reservations about the EU and NATO are related to a feeling that membership in these organisations makes it difficult for France to pursue its own interests.

The Opposition’s Quest for Sovereignty

The attachment to sovereignty, understood as the ability to act independently in foreign policy, is strong in France for historical reasons. The state once played the role of a world power, retaining to this day some of its attributes (permanent seat on the UN Security Council, nuclear weapons, overseas territories, ties with former colonies). Also traditionally strong in France is the will to limit immigration and push for protectionist solutions. Responding to these sentiments, right-wing parties—the Republicans (LR) and National Rally (RN)—and the extreme left—the Communists (PCF) and Unbowed France (LFI)—express scepticism of European integration and transatlantic relations.

An “independent” foreign policy is thought to make it easier for France to develop trade relations with the world. The right-wing and extreme-left opposition often criticise Macron for succumbing to German interests when the EU negotiates trade deals (most recently, the CAI). The LFI and PCF also see EU membership as an obstacle to granting state aid and maintaining state control over infrastructure. The present shape of the EU is also expected to facilitate the relocation of industry and an influx of immigrants.

Sceptical or indifferent attitudes towards NATO connect the opposition, although moderate parties (LR and the Socialist Party, PS) see the need for correct relations with the U.S. Before the 2017 elections, the chair of RN, Marine Le Pen, promised France’s exit from the Alliance’s military structures, justifying it by the independent French nuclear deterrence strategy. According to LFI leader Jean-Luc Mélenchon, NATO is “useless” for France. Mélenchon emphasises that in NATO there are countries with hostile policies towards France (Turkey) and “unreliable partners” (U.S.).

The opposition accuses Macron of submission to Turkey. The right claims this country is not only expanding its influence in the Mediterranean and Africa but also in France, fuelling Islamist sentiments. The left is concerned that the Turkish government’s policy towards the Turkish diaspora in France poses a threat to the state’s secularism. It is frequently posited that good Franco-Russian relations would be a counterweight to the rivalry with Turkey. From the point of view of the LFI and PCF, Russia also balances the U.S. global military hegemony and supports countries that contest the economic order based on free trade (Venezuela, Cuba). RN and LR politicians believe that France should cooperate with Russia in the fight against terrorism.

Contrary to the sovereignty sentiments among the opposition, Macron presents himself as a guarantor of France’s roots in the structures of the Western world. The weakness of the PS and the Green Party’s (EELV) lack of clear views on foreign policy make Macron the only meaningful pro-European force. The French president also tries to show that he takes into account the sentiments of the dissatisfied and is working for a greater role for France in EU and global politics.

A tool for redefining European security policy is the concept of EU strategic autonomy. France will promotes its understanding of the concept as “Europe as a power” during the upcoming presidency of the Council of the EU. This slogan could also become part of Macron’s election campaign, aiming to convince voters about the growing role of France in the EU.

The French authorities are also trying to justify on the European forum the country’s opposition to EU enlargement, which is very unpopular in France. They claim that the Union, which continues to admit new members, has become unpredictable and increased Russia’s aggressiveness. Macron also refers to the thesis popular among voters that there is a need to return to “enhanced cooperation” between the founding states of the European Communities and loosen ties with other EU members. This is served by the postulate of a “Europe of many speeds” and “reversible” integration (e.g., the possibility of excluding other states from the Schengen area).

Macron also believes that France, rather than building anti-German coalitions in the EU, should convince its eastern neighbours to France’s arguments. As a sign of the success of this tactic, the French president presents the Next Generation EU reconstruction plan, establishing common debt for the first time, and Germany’s consent to loosen the rules on granting state aid. Another French postulate, which may be fulfilled during the EU Council presidency and in time for the election campaign, will be the authorisation of a departure from European budgetary criteria, in particular the limit on public sector deficits above 3% of GDP, and social and fiscal harmonisation of the EU.

Taking advantage of the crisis in transatlantic relations during Donald Trump’s presidency, Macron promoted his own initiatives aimed at moving the EU towards the priorities of French foreign policy. The most important of these included dialogue with Russia and support for Greece and Cyprus in their conflict with Turkey. Macron rightly assumed that his talks with Vladimir Putin—regardless of their real effects —would be positively received in France. The escalation of the conflict with Turkey is in line with the ongoing discussion in France on Islamic extremism and France’s demand to change NATO’s priorities.

Many French voters expect the authorities to promote protectionist solutions in the EU, limit migration, and narrow the scope of integration to the group of founding countries of the Communities. Both Macron and the opposition are trying to react to these moods, and the main issue is the dilemma whether to increase the influence of France within the existing structures (EU and NATO) or to emphasise the revitalisation of national sovereignty. A “Frexit” scenario, even in the event of Macron’s defeat, is unlikely due to the symbiotic nature of France’s ties with its neighbours.

Further implementation of Macron’s European and global policy will depend not only on his re-election in 2022 but also on the composition of the future National Assembly. Compromises with radical parties may direct France’s policy on EU cohesion and transatlantic relations, and thus unfavourably for Poland’s interests. However, excessive emphasis on national priorities will also weaken France’s position in the EU and in global politics. Taking advantage of the president’s broad powers, Macron is rather likely to try to maintain his image as the guarantor of France’s European course.

The French presidency of the EU Council in 2022 will be an opportunity for Macron to demonstrate to voters the possibility of reconciling French interests with EU membership, especially in the economic dimension. The French president hopes that the EU partners—out of fear of a Le Pen victory—will be more willing to support closer economic integration, lobbied by France and controversial for Poland.

The Biden administration’s active relations with the EU could make it difficult for France to implement its postulate to reduce Europe’s dependence on the U.S. in terms of security. France will continue to favour the EU’s southern neighbourhood at the expense of the eastern. Participation in the Normandy Format is a source of prestige for Macron and it should not be expected that he will be ready to put his relations with Russia under greater pressure. French politicians might emphasise the Turkish support for Ukraine and Azerbaijan in order to strengthen pro-Russia sentiment in France. 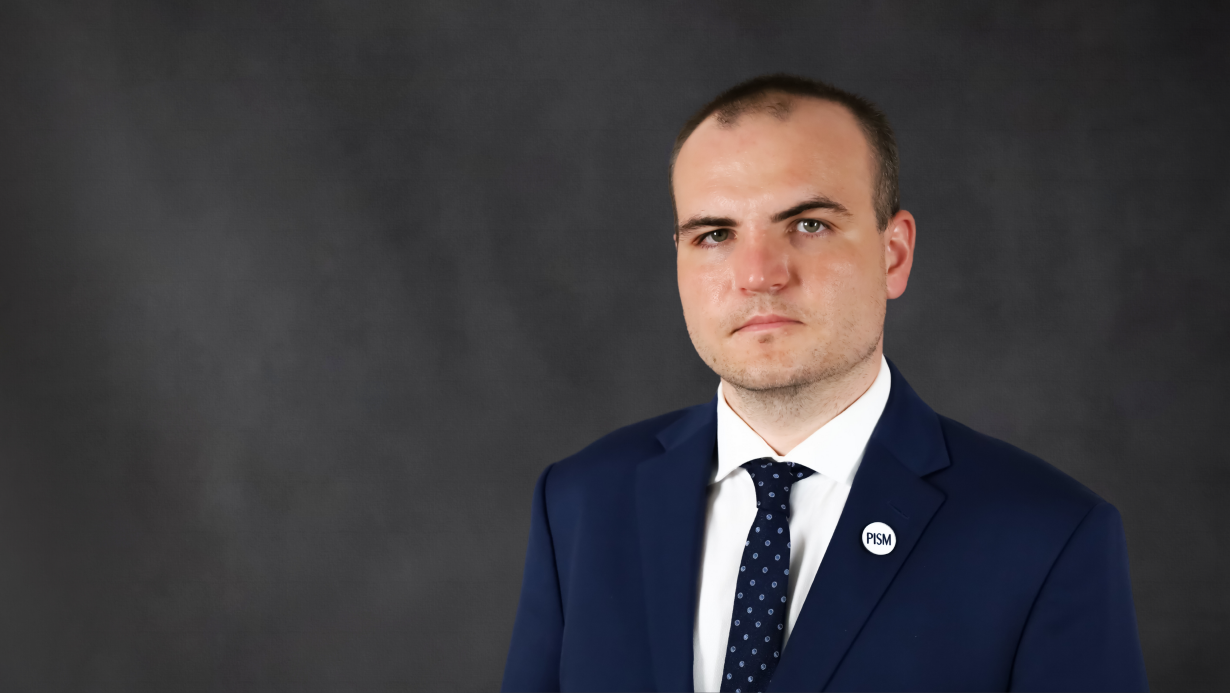