Kosovo: Political Reshuffle following Early Parliamentary Elections
36
The left-nationalist Self-Determination Movement (LVV) led by Albin Kurti won almost half of the votes in the parliamentary elections on 14 February 2021. This marks a fundamental political change in Kosovo. For the first time, a sole party of Kosovo Albanians can form a government with only members of national minorities, and none of the parties that have dominated the parliament so far will join the coalition. The fight against corruption is to be the priority of the new cabinet. Foreign policy goals, including the dialogue with Serbia, will be relegated to the background.
Tomasz Żornaczuk 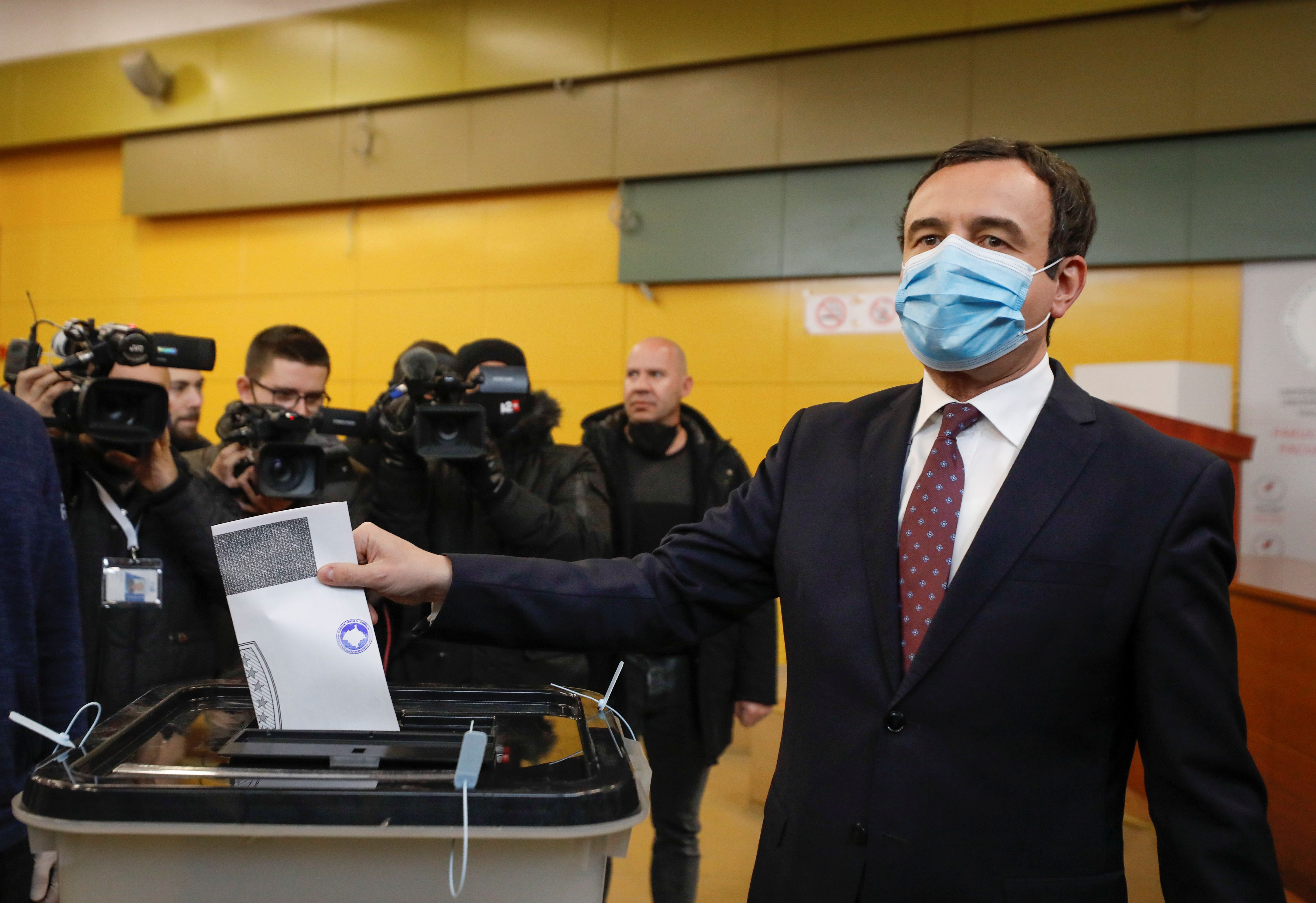 Early elections in Kosovo are a consequence of a December 2020 decision by the Constitutional Court. It annulled the June 2020 vote of confidence in the government of Avdullah Hoti from the Democratic League of Kosovo (LDK), formed with the Alliance for the Future of Kosovo (AKK) and smaller parties. Since only the minimum number of 61 votes was obtained and a legally convicted MP took part in it, which in Kosovo means the loss of the seat, the LVV demanded that the vote be annulled.

The Hoti’s outgoing government was created as a result of a dispute between LVV and LDK in the Kurti cabinet, operating since February 2020. The prime minister was against President Hashim Thaçi’s demand to introduce a state of emergency after the COVID-19 outbreak as it would widen the prerogatives of the head of state. The LDK’s support for such a solution resulted in the break-up of the coalition and a vote of no confidence in the cabinet in March. Since the declaration of independence in 2008, all parliamentary elections in Kosovo have been early, with the last one in October 2019.

Victory of an Anti-System Party

With 48% of the vote, LVV had the best results in the elections in Kosovo. This translated into an almost doubling of the party’s mandates in the 120-seat parliament, jumping from 29 to 56. Historically, the weakest result was recorded by the three conservative parties connected to Kosovo’s liberation fighters. The 13% for the LDK marks a decrease in the number of MPs from 28 to 15 and a replacement of the leadership of this main party of the outgoing government. Its coalition partner, AKK, led since its creation 20 years ago by Ramush Haradinaj, a former prime minister, won 7% of the vote and eight seats. In turn, the Democratic Party of Kosovo (PDK) of the former prime minister and President Thaçi—the most important Kosovo politician in the last decade and a half—won 17% of the vote and 20 seats. Parliament will be supplemented by 10 members of the Serb List, linked to the ruling party in Serbia, and 10 from other minority parties. The turnout of 47% was the highest since independence was declared.

Although this was the third consecutive victory for the LVV, it remained in the parliamentary opposition for a decade, with the exception of a short period of rule in early 2020. The party built its election success on slogans of fighting the corrupt establishment of former commanders of the Kosovo Liberation Army (UÇK). The decision by a government led by one of them, Haradinaj, to double MP’s salaries was revoked by Kurti when he was prime minister. In the past, however, the movement led by Kurti, who headed up student protests in the 1990s and was a prisoner in Yugoslavia, had more radical demands, including its flagship call for unification with Albania, and tactics, such as spraying tear gas in parliament. Self-determination (Vetëvendosje) began in 2005 with street demonstrations calling for the unconditional declaration of Kosovo’s independence.

The fight against corruption has become a leading postulate of the LVV, as Kosovo remains one of the most corrupt countries in Europe and has not recorded progress in this area for several years. Kurti argues that this goal can be reached by a replacement of the elites, which he accuses of having ties to organised crime. He points out that building a nepotism-free public administration will facilitate economic development, which is important in the face of the recession caused by the pandemic. LVV also wants ambitious reform of the healthcare system after the COVID-19 experience. The construction of a modern state, in turn, is to be achieved through education reform.

The LVV will play a key role in the election of a new president by parliament. The party’s candidate will be Vjosa Osmani, the chair of the outgoing Assembly. After the fall of Kurti’s cabinet, she left the LDK, which otherwise remained in power, and conducted her election campaign with LVV. Since November 2020, Osmani has been the acting head of state after Thaçi resigned after being accused by the Special Prosecutor for Kosovo of charges including war crimes and crimes against humanity. The current five-year presidential term will end in April this year.

With domestic issues being prioritised, the LVV gives less importance to foreign policy goals. In the case of the fundamental one—membership in international organisations, above all in the United Nations—this position results mainly from the conviction that China and Russia as permanent members of the Security Council are unwilling to recognise Kosovo, having supported Serbia’s territorial integrity. At the same time, Kurti has demonstrated that his cabinet will not be bound by the September 2020 Washington agreement—which obliges Kosovo to, among other things, refrain from applying for admission to international organisations for one year—deeming it to have been signed by the illegally appointed government of Hoti.

The new government may have limited influence on the implementation of Kosovo’s short-term goal in relations with the EU—achieving a visa waiver for the Schengen Zone. The dialogue on this issue is in its tenth year, and yet the recognition by the European Commission in 2018 of the fulfilment of all conditions by Kosovo has not resulted in the establishment of a visa-free regime. France and the Netherlands remain opposed, pointing to weak rule of law and widespread corruption and organised crime in Kosovo.

In the dialogue with Serbia, relations with which are Kosovo’s biggest challenge in the region, LVV opposes the establishment of an Association/Community of Serbian Municipalities, which would be an administrative institution for this minority. This issue follows from the 2013 Brussels Agreement with Serbia and remains unresolved. Kurti favours an agreement with Kosovo Serbs—but not the government in Belgrade—on their relationship with the Kosovan state. The presence of Serbs in the previous Kosovo governments has not translated into a settlement of the dispute.

The election turnout and scale of LVV’s victory expresses the hope of the Kosovan public for fundamental changes. The chance to form a stable government for the entire parliamentary term stems from the fact that for the first time a single party of Kosovo Albanians can form a coalition with only national minorities. Establishing a coalition with the Serb List, which since its inception in 2014 has been part of every government, would provide greater stability than a coalition with individual members of other minorities, but Kurti may also invite them to cooperate due to the demand for dialogue with all ethnic and national groups.

The new government will attempt to implement its programme with a strong social mandate. However, the ambitious goals of the fight against corruption and organised crime and other systemic reforms, including healthcare, address Kosovo’s long-standing problems, and this will take time to improve. Therefore, in addition to initiating action in these areas, the government will also have to focus on the ad hoc fight against the pandemic, including vaccination, which currently is available—thanks to the government in Belgrade—only to Kosovan Serbs.

Although the new government does not emphasise its foreign policy goals, it will want to demonstrate greater independence from external actors in conducting it. Kurti’s refreshing postulate of a federation with Albania, offered immediately after the elections and without the prospect of its implementation and contrary to the security architecture in the Balkans, serves to highlight the possibility of putting forward proposals inconsistent with the position of the U.S. and the EU, which, according to LVV, have so far supported stability in Kosovo even at the price of its leaders’ undemocratic practices. At the same time, it is supposed to hinder the dialogue with Serbia, which the new government will not care about. Kurti will be supported in these matters by the likely next president, Osmani.

The prospects for European integration are less and less a motivation for Kosovo’s governments to continue reforms in the face of the EU’s failure to meet its visa-waiver commitment. In order to restore the credibility of the talks, countries supporting this demand, including Poland, may consider taking advantage of the political changes in Kosovo. In the event of additional government actions in the fight against corruption, they could propose a return to the visa discussion at the start of the Slovenian presidency of the EU Council in the second half of 2021. This would parallel the first Slovenian presidency during which Kosovo declared independence. Missing this opportunity may postpone the visa issue until after the 2022 elections in France, a country which recently made its policy towards the Western Balkans dependent on internal French issues. 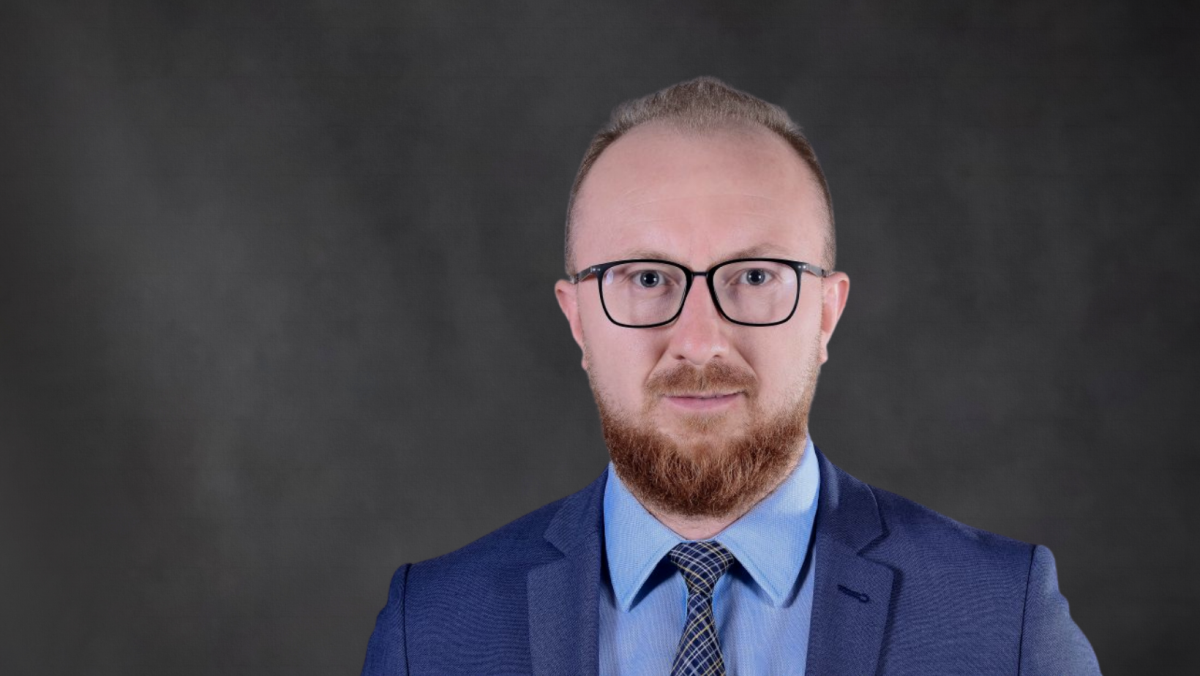