Germany’s New European Eastern Policy
17(1765)/2019
Germany’s response to challenges in relations with Russia and partners from Central Europe is the broad vision of the new European Eastern policy. This policy indicates a combination of dialogue with criticism in relations with Russia, reviving relations with the Eastern Partnership (EaP) countries, and deepening cooperation with the countries of Central Europe. Yet this initiative lacks concrete proposals and contains internal contradictions, which, combined with the current state of European and international policy, call its success into question.
Lidia Gibadło 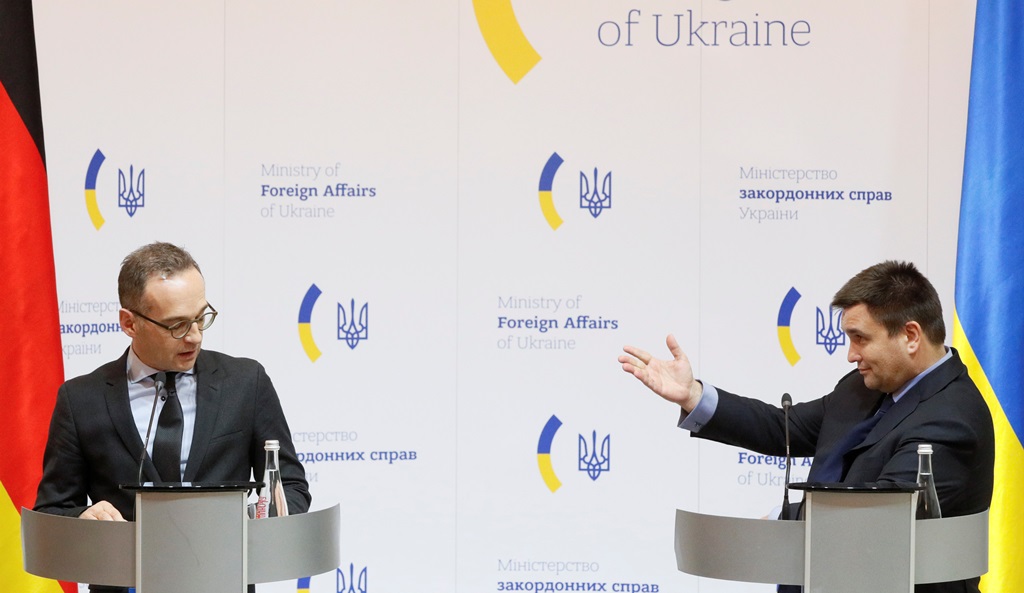 Since June 2018, German foreign minister Heiko Maas has spoken publically of the need to redefine Germany’s policy towards the EU’s eastern neighbourhood. This is the effect of, among other things, staff changes in the German Ministry of Foreign Affairs. It is also related to limiting the impact of personal connections on the shape of Germany’s policy towards Russia, which was an important factor when, for example, Gerhard Schröder was chancellor. The new European Eastern policy (Neue Europeische Ostpolitik, NEO) would cover a wide geographic area, taking in eastern EU Member States, the Western Balkans, the EaP states, Russia and Central Asia. Its essence, however, is an attempt to answer the question of how to reconcile the differences between Germany’s interests in its relations with the countries of Central Europe on the one hand, and with Russia on the other.

Germany is looking for a political formula that would reconcile criticism and cooperation (indispensible for the German authorities) with Russia. Aggression towards Ukraine, the activity of Russian special services in EU and NATO countries, disinformation campaigns, cyberattacks, and support for Eurosceptic groups are phenomena detrimental to German security. Russian violations of human rights and limitations on the functioning of non-governmental organisations remain permanent problems for Germany.

At the same time, Germany perceives Russia as too important to justify limiting contacts. This is about its importance for international security, in particular concerning its engagement in the Middle East, the fight against terrorism, its status as a nuclear power, and its permanent membership of the UN Security Council. Russia is also a large market for German goods, worth €25.7 billion in 2017 (placing Russia 14th among Germany’s importers). In 2016, German direct and indirect investments in Russia amounted to €19.1 billion, 20% more than in the previous year. For Germany, as the largest European gas consumer, Russia remains an important supplier. In 2017, gas imports to Germany amounted to 53.44 billion m3, more than any other EU country. The Nord Stream 2 (NS2) pipeline, supported by the German and Russian governments, would facilitate an even higher level of gas imports.

EaP countries pose another challenge for Germany. On the one hand, Berlin wants to develop economic cooperation, especially with countries covered by agreements on a deep and comprehensive free trade area (Georgia, Moldova and Ukraine). Implementation of the Southern Gas Corridor, running through Azerbaijan, Georgia and others, would allow create a route for gas from the Caspian Sea and create an alternative to supplies from Russia. On the other hand, Germany avoids political declarations suggesting EU enlargement to include the EaP, countries for fear of deteriorating relations with Russia and possible intervention by Moscow.

The third challenge is relations with the countries of Central Europe. The initiatives of Central European countries (cooperation with the U.S. and China, and in particular the Tri-Sea Initiative (TSI)) are a challenge for Germany’s foreign policy, because it has limited opportunities to influence them. Diverging interests in Germany’s relations with the countries of the region concern strategic issues. Poland, Romania and the Baltic States oppose construction of NS2, while Germany is against the permanent presence of NATO troops on the Eastern Flank. The problem also in relations with Poland include reform of EU migration and asylum policy, criticism of the rule of law and the issue of war reparations. Meanwhile, relations with the countries of Central Europe are strategic not only because of membership to NATO and the EU, for these states are also important economic partners for Germany. German exports to the V4 countries reached €139.4 billion in 2017, more than to the United States, China or France, and German direct investments amounted to €83.8 billion by 2016.

In relations with Russia, the main goal of NEO is to bring an end to Moscow’s aggressive policy in Ukraine and protect against actions aimed at destabilising the EU. This is to be achieved by maintaining sanctions and extending the EU’s potential in the fight against cyberattacks and disinformation campaigns. At the same time, Germany underlines the importance of dialogue with Russia to implement the security interests of the entire EU, such as the end of the war in Syria. Therefore, in addition to applying pressure, Germany wants to strengthen dialogue by intensifying bilateral contacts (for example, by reactivating a German-Russian security high council) and within international organisations such as the UN, the OSCE or the NATO-Russia Council.

Germany also proposes a revival of relations with the EaP countries. However, announcements to date have focused primarily on strengthening state institutions and the fight against corruption. As in previous years, the motivation for introducing changes in these areas is to be the principle of “more (EU assistance) for more (reforms)” and differentiation of the offer of cooperation depending on the state. Germany is also interested in the development of cooperation at the level of civil societies. The Ministry of Foreign Affairs received €18 million from the budget for this purpose in this year.

At the same time, Germany plans to intensify bilateral and regional political cooperation with the countries of Central Europe, in the “V4 +” format and as part of the TSI. This is to prevent the creation of a separate, unfavourable faction within the EU, and in the case of the TSI will allow Germany to influence the initiative. The response to concerns about the threat to the region's energy security in the form of NS2 is to diversify gas supplies thanks to construction of the Southern Gas Corridor and the LNG terminal in Germany. Germany also highlights its commitment to the dialogue between the European Commission, Ukraine and Russia for maintaining gas transit through Ukraine after 2019.

Although the concept of the NEO signals an attempt by Germany to change its eastern policy by giving it greater strategic weight and moving away from prioritising relations with Russia, this should not be seen as a breakthrough.

Regarding Russia, the wishful thinking and weakness of the instruments of influence are noteworthy. As in the past, dialogue (rather than political and economic pressure) is seen as the way to pursue business with Russia. This approach does not bring the expected results, as evidenced by Russia’s escalation of the conflict in Ukraine, for example in the Black Sea in November 2018. The lack of progress in the implementation of the Minsk provisions indicates that such an approach will not push Russia to cease supporting the separatists in Donbas, let alone to return the annexed Crimea to Ukraine.

There is a question mark about the possibility of reviving actions towards the EU’s eastern neighbourhood. New initiatives may meet resistance from, for example, southern EU Member States who focus primarily on reducing illegal immigration from North Africa and the Middle East. Neither has Germany presented specific initiatives to kickstart the EaP. Fear of deterioration of relations with Russia will dissuade Germany from submitting more ambitious cooperation proposals that go beyond the existing areas.

Plans concerning partners in Central Europe are intended to signal that Germany does not want to pursue policy towards Russia at the expense of relations with Central Europe. Yet this is undermined by Germany’s failure to change its position regarding NS2 or the strengthening of NATO’s Eastern Flank, an action perceived as contrary to the 1997 NATO-Russia Founding Act. This means that German activity will focus on areas such as the economy or infrastructure, which will not adversely affect its relations with Russia.

The Office of the Chancellor has not given unambiguous support for the NEO concept, and the stability of Germany’s grand coalition is questionable. Both present obstacles to NEO implementation. This year’s European Parliament, local government and Bundesland-level parliamentary elections could also pose a threat to the NEO. If the Social Democratic Party of Germany (SPD) performs poorly, there is a high probability that it will then be in opposition. Given that the SPD-led Ministry of Foreign Affairs instigated the NEO, it cannot be excluded any incoming government might scrap the initiative. 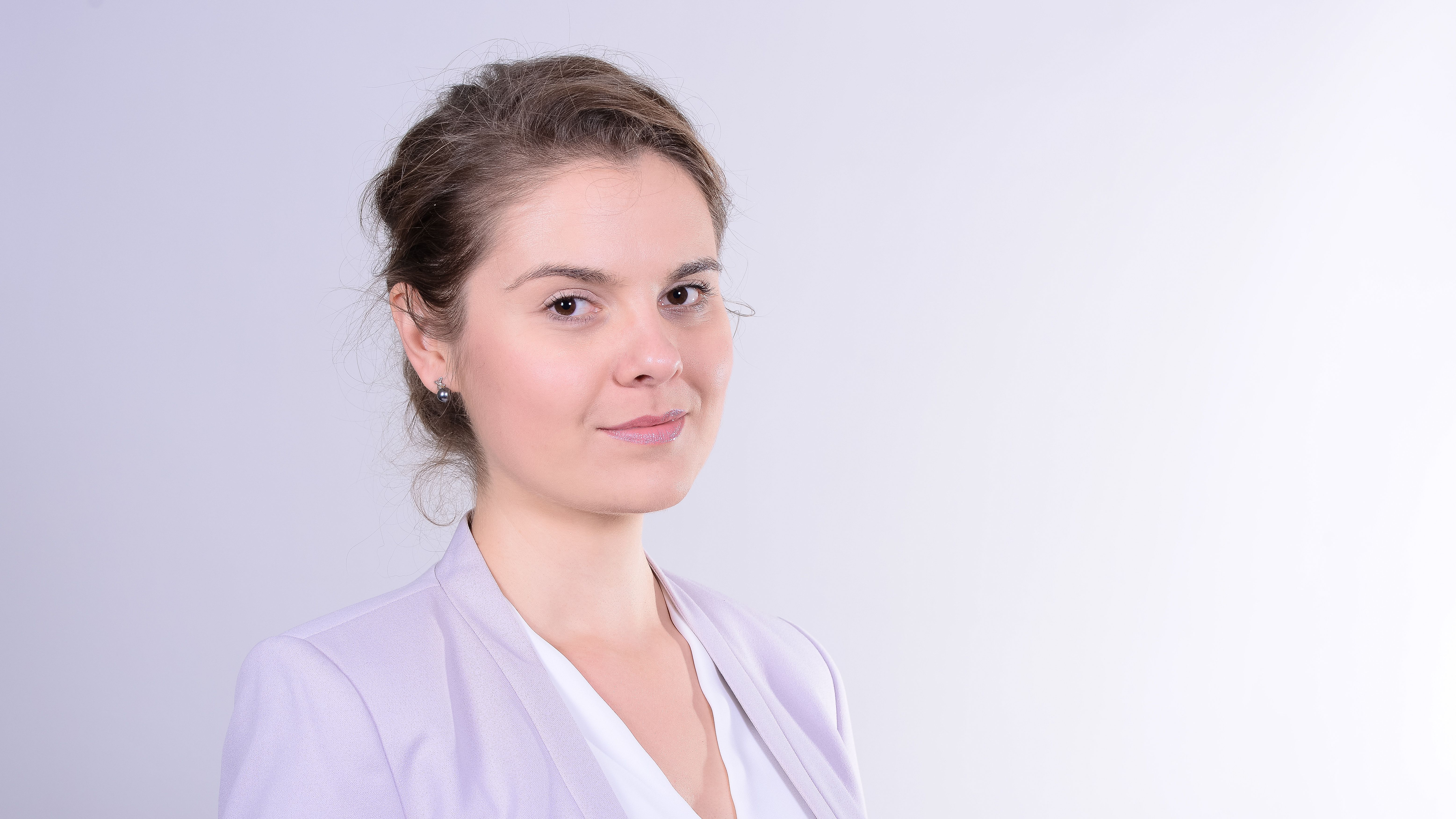 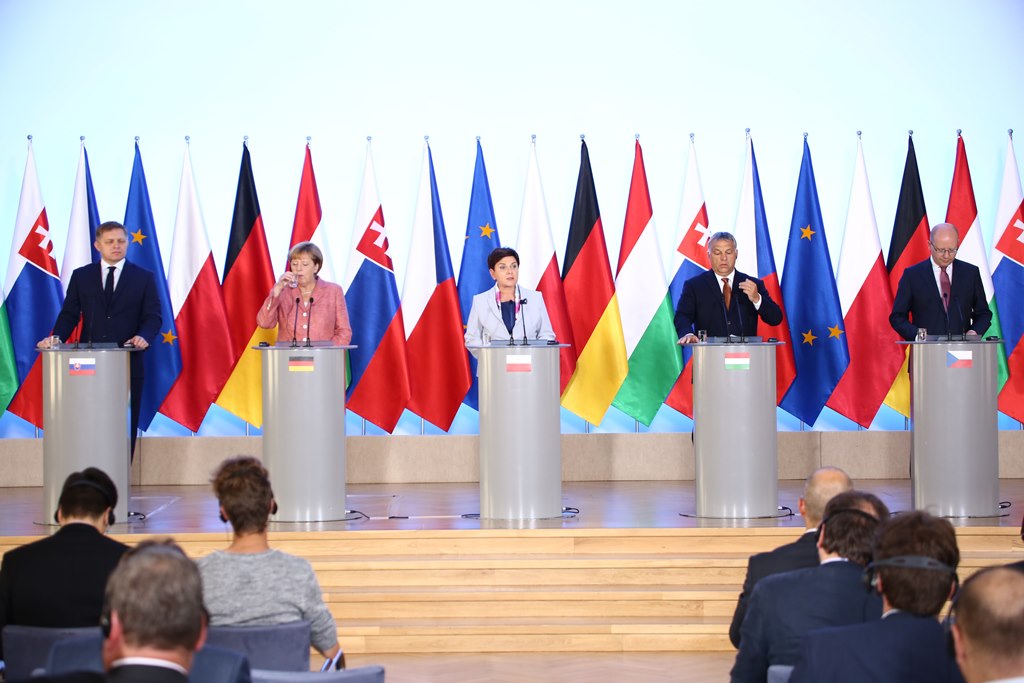 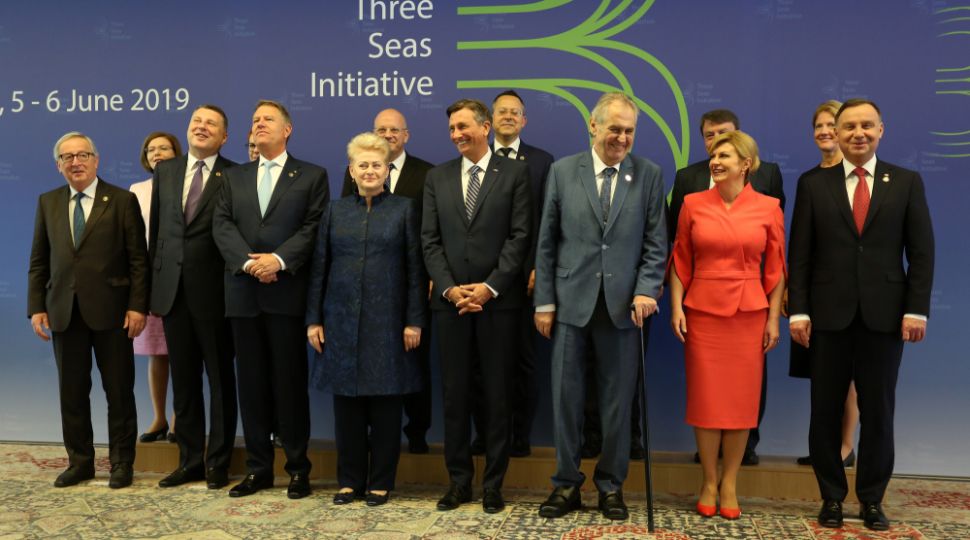