Ukrainian Labour Migration to the EU During the COVID-19 Pandemic
156
According to estimates by the International Organization for Migration, more than 5 million of the 42 million citizens of Ukraine remain abroad, the vast majority of them for economic purposes. The most significant direction of Ukrainian labour migration is the European Union. The COVID-19 pandemic has not resulted in massive returns of migrants to Ukraine—only about 10% of those already abroad in February decided to take this step. However, the pandemic made it more difficult for Ukrainians to leave the country in the spring-summer period when the demand for work in EU countries is usually the highest.
Maria Piechowska 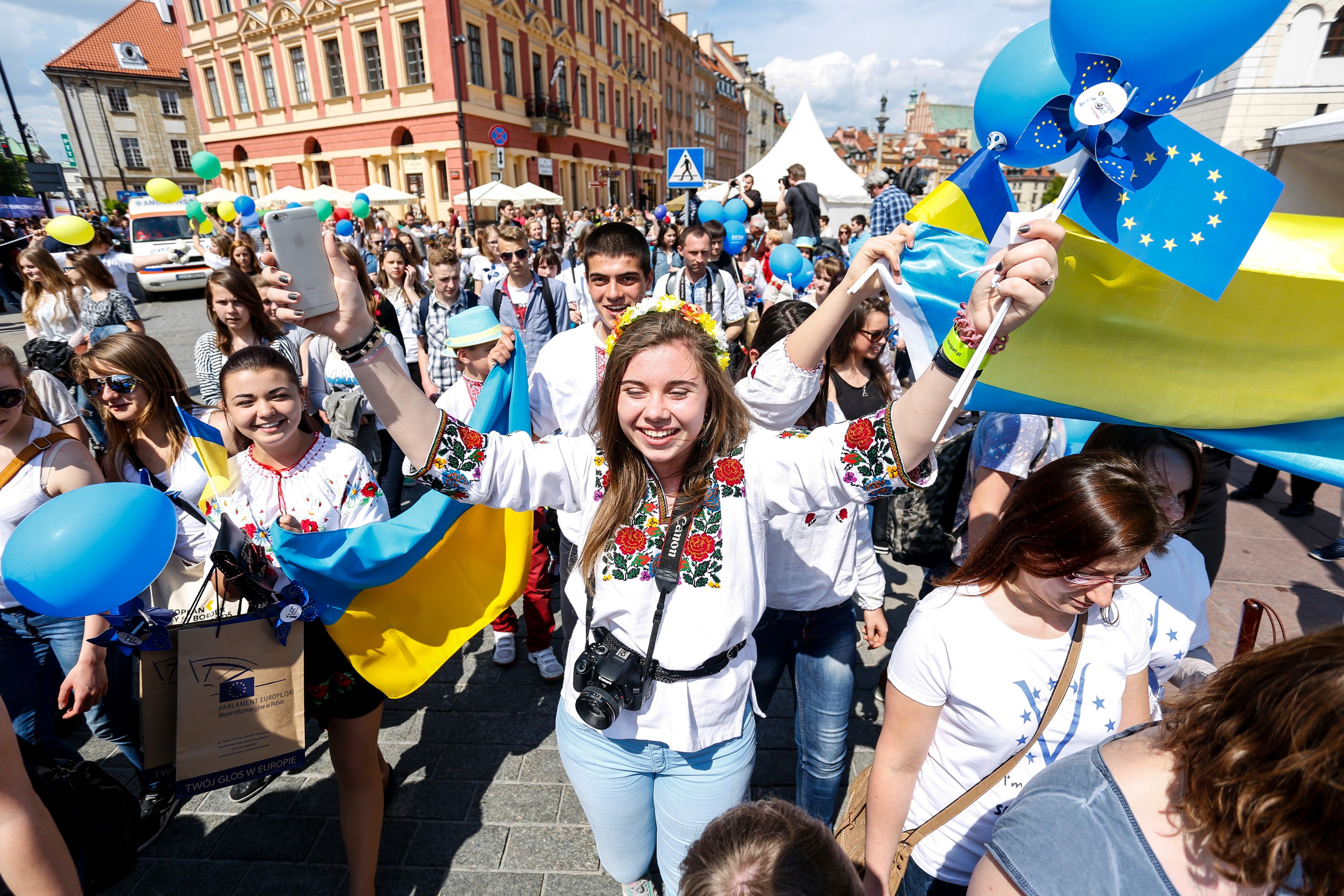 About 5 million Ukrainian citizens reside permanently or temporarily abroad. Estimates vary depending on the definition of migration and the methodology used. The most significant destinations for Ukrainian workers are Russia (from 1 million to 3 million people) and the European Union (about 3 million), mainly Poland (1-2 million), Italy (250,000-500,000) and Czechia (about 150,000). A sharp increase in migration from Ukraine to the EU took place after the Revolution of Dignity in 2013, which was mainly influenced by the economic recession in the country caused by Russian aggression. It also resulted in a redirection of migration flows from Russia to the EU. Ukrainians currently constitute the largest group of foreign workers in the Union, working most often in construction, agriculture, industry, or services. Some migrants operate in the informal economy, taking a job without the proper permit or not signing an appropriate contract with an employer. Ukrainian migration to the EU is characterised by circularity and the relatively short duration of migrants’ stay abroad.

For Ukraine, a positive effect of this migration is remittances from people working abroad. In 2019, these reached almost $12 billion, or about 8% of the country’s GDP. Of this total, about 65% ($7.8 billion) was sent from EU countries, mainly Poland ($3.6 billion), Czechia ($1.1 billion), the UK ($600 million) and Italy ($500 million). For comparison, transfers from Russia amounted to $1.2 billion, and from the U.S., $900 million. All these financial transfers are significant for the Ukrainian economy, the recovery of which after the collapse of 2014-2015 was stopped by the COVID-19 pandemic.

Increased migration may also be a challenge for Ukraine. The country is struggling with a demographic crisis, with its population steadily declining since the 1990s from around 52 million in 1992 to around 42 million in 2020 (without counting occupied Crimea and the territories in the east not controlled by the government). Migration deepens the negative demographic trend and translates into a shortage of people of working age on the labour market, mainly in sectors such as construction, welding, education, and transport. “Brain drain” is also a challenge; however, due to the average low level of education of the Ukrainian migrants, this problems is only in specific industries (e.g., healthcare and partly in the IT industry).

The COVID-19 pandemic has had limited impact on the returns of Ukrainian migrants to the country. The National Bank of Ukraine (NBU) estimates that only about 10% of Ukrainians working abroad returned in the first quarter of 2020. Similar data was provided by the Polish Border Guard, which reported that only about 160,000 Ukrainians left Poland in March and April, or about 11% of those who were in Poland in February.

A mass return of Ukrainian workers did not occur for several reasons. First, because the pandemic did not affect the residence status of Ukrainians in the EU—most countries, including Poland, quickly introduced automatic extensions of expiring visas and residence and work permits for the duration of the pandemic. The period of legal stay was also extended for people who entered the EU on the basis of visa-free travel. The main threat to Ukrainians working in the EU could be the loss of employment during the pandemic. However, most migrants did not suffer this—a March IRCenter survey, conducted among Ukrainians in Poland, indicated that only 15% of them had lost their jobs. Some of the respondents (37%) were forced to limit the number of hours worked. Another reason could be changes in work rules, for example, in Czechia there was a ban on Ukrainians changing employers for those with “employee cards”. However, this provision was suspended already on 16 March. Similar solutions were adopted in other countries. In Finland, third-country nationals residing legally but without the right to work, were allowed to take up employment in certain sectors. In Spain, students from third countries who had not previously had the right to work were allowed to work in the agricultural sector.

Ukrainians’ decision to stay in the EU may also have been influenced by their lack of trust in their own government and much greater trust in their host countries. According to the EWL and Eastern European Studies of the University of Warsaw, only 13% of foreigners (92% of the surveyed group were Ukrainian citizens) declared that they would feel safer in their own country during the pandemic while 73% stated that they feel safer in Poland. The lack of trust in the Ukrainian state was caused, among others, by an unclear message from the government and President Volodymyr Zelensky after the outbreak of the pandemic. For example, information about the closing of Ukrainian border crossings was unclear and it was not known until the last moment which of them would remain open.

The COVID-19 pandemic has also entailed difficulties in leaving Ukraine to the EU. In accordance with the recommendations of the European Commission (EC) of 16 March, most EU countries closed their borders to third-country nationals. Some countries, including Poland, had already made the decision earlier—banning foreigners from entering Poland on 15 March. This significantly limited the possibility for Ukrainians to come to the EU from April, i.e., in the period when seasonal migrations intensify (most seasonal workers take up jobs from April to October). The problem of the shortage of seasonal workers was quickly noticed by the governments of the EU countries where Ukrainians usually come to work. On 30 March, the EC published guidelines to exclude certain groups of workers from outside the EU, including seasonal workers, from the restrictions, and then (in April) some EU countries started introducing special programmes for these workers (including Ukrainian citizens). For example, Germany, despite closed borders, allowed the arrival of 40,000 seasonal migrants in April and May who, upon arrival, were subject to a special sanitary regime and quarantine, during which they could work. This was not the case in Poland where people with any type of labour permit could enter all the time. The problem, however, was the closed border crossings on the Ukrainian side, which strongly influenced the possibility of crossing the border. Moreover, restrictions affecting the possibility of travelling were an obstacle to getting to work. For this reason, special charter flights with Ukrainian employees were needed. In April and May, such flights took place, among others, to Finland, Poland, Austria, and Germany. This did not fully meet the needs of the labour market in the host countries. In Finland about 15,000 seasonal workers from Ukraine were expected to arrive, but by the end of April, only about 1,500 visas had been issued, and only one plane with migrants (about 200 people) had arrived.

Given the currently unstable economic situation in Ukraine, including high unemployment and low wages, Ukrainians will continue to try to work abroad, especially within the EU. However, the migration flow may be slowed by the epidemiological situation in Ukraine. In June, there was a significant increase in the number of cases (from about 300 to 800-1,000 new cases per day). For this reason, the external borders of EU countries will remain closed to Ukrainians longer than to citizens of other third countries. Currently, Ukrainian citizens are not allowed to enter the EU (except for Bulgaria, which allowed Ukrainian tourists to enter on 16 July). One exception is persons with permits to work in the EU, but they have to undergo a 14-day quarantine. In this situation, the departure of Ukrainian migrants to the EU will depend on the continuation of special arrangements, such as the possibility of working during the quarantine within the farm and the land parcels belonging to it, introduced, among others, in Germany and Poland. If the pandemic persists for a longer period, the countries receiving migrants (including Poland), in which some branches of the economy are strongly dependent on their employment, may also consider extending work permits for seasonal migrants. This could reduce the rotation of potential workers and thus reduce the risk of new infections.