The Role of Private Military Contractors in Russian Foreign Policy
64 (1637)
Private Russian military contractors operate not only in Syria and Ukraine but also in countries where Russian enterprises are investing. Although under Russian law, this type of organisation is prohibited—the State Duma again rejected a bill legalising them—unofficially they enjoy state support because they increase Russia’s military influence and allow the authorities to avoid responsibility for actions carried out by these units in conflict zones.
Anna Maria Dyner 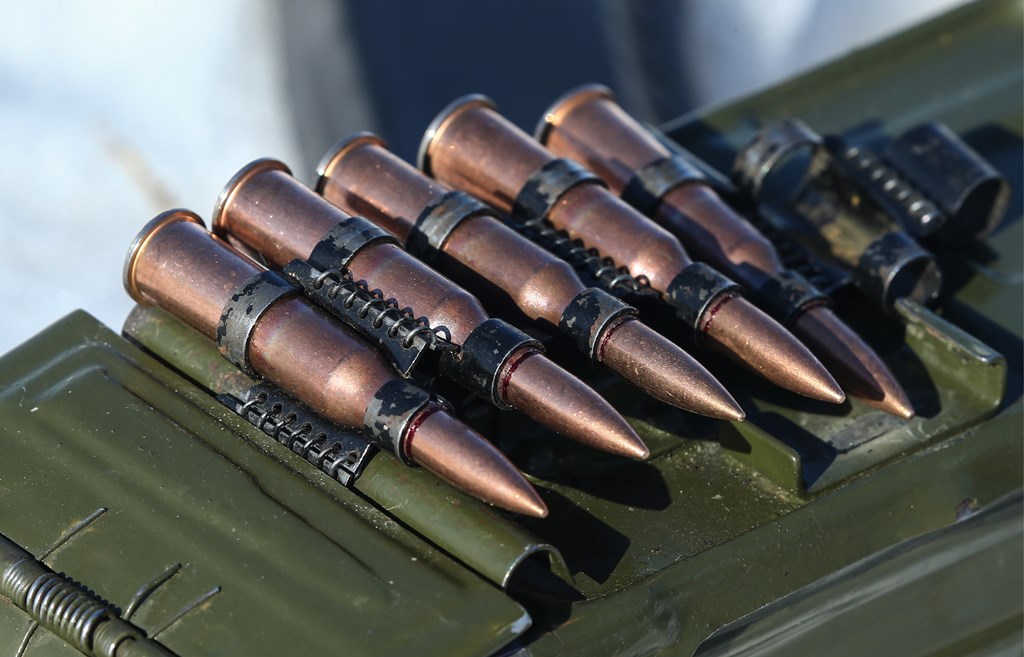 Private military contractors (PMCs) operate in most (about 110) countries of the world. Among the top 30, most were established or have their headquarters in the U.S. (13) or the UK (6). PMCs operate mainly in active armed conflict zones, or where the political and social situation is unstable. Their activities are usually coordinated with the foreign policy aims of the countries where they are headquartered.

The most important tasks of PMCs include securing the regular activities of the armed forces (providing logistics, convoy protection), training, and protection of facilities and people. PMCs work for state and private entities. They are also used by UN agencies, including UNICEF, the World Food Programme, and the UN Development Programme.

In 2008, on the initiative of the International Red Cross, the Montreux Document was adopted as an attempt to regulate the functioning of PMCs. It is a set of 70 best practices applied to countries sending PMCs, as well as for the countries where they operate. However, with 54 signatories, Russia is not one of them. Moreover, according to Art. 47 of the Protocol (I) Additional to the Geneva Conventions regarding the protection of victims of international armed conflicts from 1977, mercenaries are not entitled to the status of veteran or prisoner of war.

There are several significant PMCs operating out of Russia. One of the forerunners was Tigr Top-Rent Security, established to conduct operations in Iraq. It existed in 2005-2006 before its members went on to create a number of other military groups.

Wagner Group is today one of the most recognisable Russian PMCs because of its participation in the war in Donbas, Ukraine, and Russia’s military operation in Syria, where in February the group attacked a base that included U.S. soldiers, who called in air strikes that killed about 300 Wagner mercenaries. The group’s boss is Yevgeny Prigozhin, a close associate of Russian President Vladimir Putin. One of Prigozhin’s companies was the food supplier for the Russian army and he was named the owner of a St. Petersburg-based “troll factory” that employed people to create online propaganda. Wagner mercenaries have been contracted to protect transmission infrastructure and hydrocarbon production facilities in North Africa and their activities are carried out in close consultation with the Russian authorities. Like PMCs from other countries, Wagner Group is composed primarily of a select group of veterans who undergo specialist training (currently about 3,600).

Another company, whose mercenaries have taken part in Russian activities in Ukraine (Donbas) and in Syria is the E.N.O.T. Corp. It also has conducted operations in Tajikistan and Nagorno-Karabakh. Its official tasks are stopping illegal migration and fighting organised crime and drug trafficking.

Another group with direct links to the Russian authorities are the Cossacks. They consist of ethnic Cossack sub units and their activity is controlled by the Presidential Council for Cossack Affairs. Cossacks have been present in Donbas, Crimea, Syria, Iraq, Afghanistan and Chechnya. Officially, their task is territorial defence, border protection, and fighting terrorism.

The group Antiterror-Orel acts as a special sapper operations force. It has been operating since 1998 and employs not only former soldiers but ex-officers of the GRU or special FSB unit called Vympel.

The MAR company deals the protection of gas and oil pipelines and military protection and intelligence, mainly outside of Russia.

Land and sea operations are carried out by the RSB-Group and Moran Security. RSB-Group specialises in the protection of gas and oil pipelines and vessels and is composed mainly of former GRU and FSB officers (about 250 people). Moran employs ex-special unit and interior troops.

Russia uses PMCs both in conflicts in the post-Soviet space (Ukraine, Transnistria, Nagorno-Karabakh) and in places where it has important political and economic interests, mainly in the Middle East and North Africa. In each place there can been several hundred to even 3,000 Russian mercenaries operating. PMCs are also employed by Russian state-owned corporations, including Gazprom, Rosatom, Rosneft, and Russian Railways, to protect raw mineral extraction sites and transmission networks, construction sites, or transport convoys in African, South American, and Middle Eastern countries. Moreover, in Syria and Libya, the protection of hydrocarbon extraction sites and transmission infrastructure is usually a significant portion (25-30%) of the contracts for the sale of the energy resources and a significant source of revenue for PMCs.

The use of mercenaries instead of regular military units reduces the social and legal responsibility of state institutions that might, for example, follow with the death of a regular army soldier. Losses in the Armed Forces (since the intervention in Afghanistan) are a matter of great importance for Russian society, so the authorities strive to minimise their number. At the same time, wounded PMC employees, such as those from the Wagner Group, are treated in military hospitals.

Although operations conducted by PMCs are related to Russian policy, the functioning of these contractors is not regulated by Russian law. At the initiative of the Just Russia party, at the beginning of the year the State Duma began work to regulate PMC activities, but the bill that followed was rejected, the second since 2014. Against such regulation were a number of ministries (including Defence and Foreign Affairs) and special services (FSB, National Guard). The refusal of support was justified by Art. 13 paragraph 5 of the Constitution of the Russian Federation and Art. 208 of the Penal Code prohibiting the operation of private armed groups, as well as concern about the security of the state. Paradoxically, maintaining the status quo is in the interest of the Russian secret services structures with which the PMCs are linked and through which they are controlled because legalisation of their activities could limit this influence and control. The lack of changes also shows the concern of the Russian authorities with the creation of private armies by wealthy oligarchs (a phenomenon seen in Ukraine).

Although Russia has not decided to regulate PMCs, it will continue to use them to influence matter on the ground in other countries (Ukraine, Syria). The lack of regulation and the low probability Russia will sign the Montreux Document does not mean a change in the attitude of the state to PMCs. They will still be tolerated and unofficially supported with weapons, training, and taking care of their wounded. They will also remain an important tool of international influence for Russia, which, like other countries benefiting from PMC services, can increase its political and military influence in conflict areas without the official or additional involvement of its own armed forces. Moreover, an important aspect is the acquisition and protection of hydrocarbon extraction sites and transmission infrastructure, which may increase the investment capacity of the Russian contractors, and, in the future, also their revenues.

Considering the increasing range and scale of operations carried out by the Russian PMCs, further conflicts between Russian mercenaries and armed forces or private contractors from other countries, including NATO members, cannot be excluded. At the same time, by engaging the PMCs, the Russian authorities seek to avoid responsibility for armed operations in other countries, claiming that according to international law, mercenaries cannot be considered soldiers.