The Importance of the Energy and Petroleum Industries for Belarus
110 (1683)
The energy and petroleum industries are the basis of the Belarusian economy. At the same time, the country’s almost total dependence on Russia is becoming a barrier to its own development, and the rising prices of Russian gas and crude oil may lead to a serious crisis in the state’s finances. Until 2024, when the gas contract with Russia and preferential oil purchase rules expire, the Belarusian authorities will have a few limited opportunities to develop energy cooperation with EU countries. However, if by that time the Belarusians do not conclude new favourable agreements with Russia, which does not want to subsidise Belarus to the extent it does now, Belarus increasingly will be interested in acquiring gas and oil from other countries.
Anna Maria Dyner 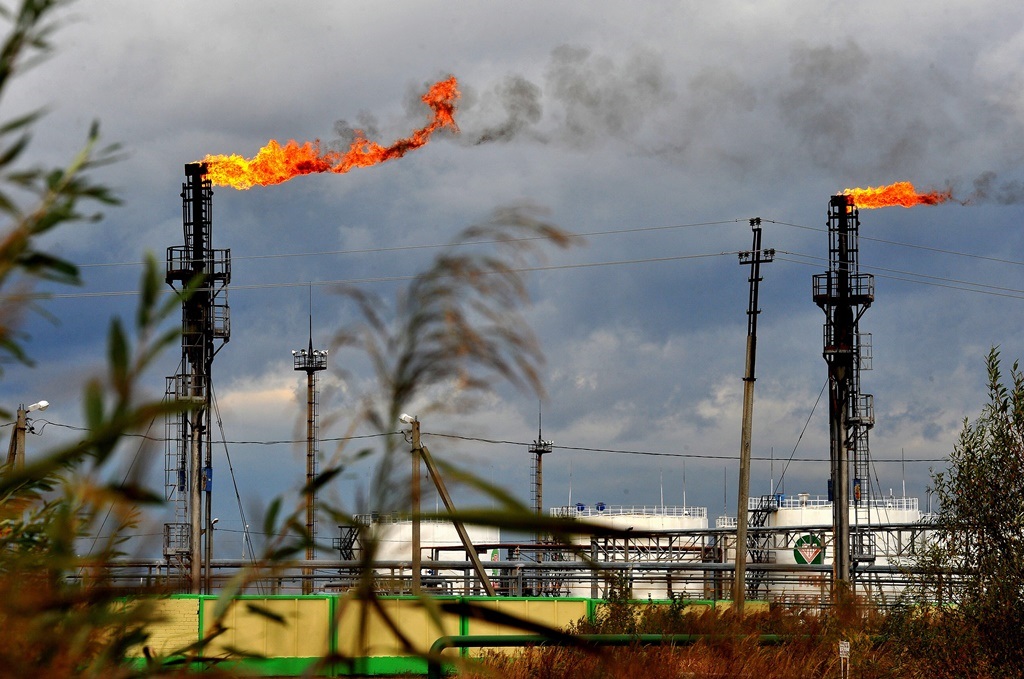 In 2017, Belarus consumed about 19 billion cubic metres (bcm) of gas, imported entirely from Russia, and accounting for 70% of the Belarusian energy mix. Nowadays, Belarus pays Gazprom around $132 per thousand cubic metres. In 2019, the price should amount to $127, and in 2024, $122. At the same time, the Belarusian side, referring to the decision to create a common energy market within the Eurasian Economic Union (EEU) in 2024, is applying for gas supplies in accordance with the tariff for Russian entities in the Smolensk region (currently around $85 per thousand cubic metres). However, a problem may be regulations in Russia. In March, the Russian Federal Antimonopoly Service proposed changes in gas market legislation. The most important change would abolish state regulation and establish a uniform tariff for gas transmission from 1 July 2019. This would mean higher prices for Russian recipients, and after 2024, a higher tariff for Belarus. In this situation, if Russia eliminates Gazprom’s monopoly on gas exports, the Belarusian authorities will seek to buy gas from other Russian companies or other countries. However, considering that the owner of the Belarusian part of the Yamal-Europe gas pipeline (along with the entry and exit points from Belarus) is Gazprom Transgaz Belarus (or GTB, a Gazprom subsidiary), the Russian company may block such projects and Belarus would have no alternative but to import gas from it.

If the Nord Stream 2 gas pipeline goes into operation as planned in 2019, with the “Yamal contract” between Russia and Poland ending in 2022, these can have the combined effect of adversely affecting Belarus’s state finances. Although in the coming years, gas transmission through the Yamal-Europe pipeline will be maintained, Russia may decide to reduce it. This would mean a decrease of income from transit fees to GTB, one of Belarus’s largest taxpayers, which in 2017 paid into the Belarusian state budget about $200 million (2.2% of total revenues).

Higher gas prices also would have a negative impact on the condition of many profitable enterprises and the balance of Belarusian foreign trade.

Currently, cheap gas enables the production of electricity at competitive prices and for export (including on the Lithuanian exchange). Gas is also an important material used in the production of artificial fertilizers, of which Belarus is one of the world’s largest exporters.

The Importance of the Refining Industry

The most important source of Belarus’s income, amount to about 20% of its GDP ($10.5 billion), is the sale of petroleum products. They are the basis of its EU exports. Excluding raw materials, the EU’s share of the Belarusian export basket would decrease from 32.6% to 13%. Moreover, revenues from the sale of petroleum products are crucial for the repayment of Belarus’s foreign debt and depend on the oil price; in 2018, it will be able to transfer from 25% to 50% of its $3.7 billion in liabilities. Belarus also earns revenue from export duties. According to the agreement with Russia, the Belarusian budget receives these funds, which in the first quarter of 2018 brought in about $220 million.

At present, Belarus imports crude oil only from Russia. Moreover, it does not have to pay the 30% Russian export duty on it. Thus, for Belarusian refineries the price per barrel is significantly lower than for recipients in other countries. This situation will change after 2019, when the Russia’s “tax manoeuvre” will come into force. It will consist of a gradual (5% per year) elimination of the export duty on both crude oil and petroleum products, replaced by a minerals tax. Ultimately, in 2024, it is to amount to 30% and will be covered by buyers, which means that the price of oil for Belarus will increase to the level of global exchanges. Moreover, Belarus will lose the opportunity to earn revenue from export duties on petroleum products made of Russian crude oil and sold outside the EEU. According to the agreement with Russia, from 2015 duties up to $1.5 billion annually go into the Belarusian budget (in 2017, it was $600 million). In addition, the increasing cost of crude oil imported from Russia will mean rising fuel prices in Belarus. To prevent this and reduce the risk of inflation, the Belarusian Ministry of Finance is already considering the abolition of the excise duty.

With the change of the Russian tax system, Belarus may lose the equivalent of almost 4% of GDP (about $2.15 billion). To avoid this scenario, the authorities may be interested in purchasing cheaper oil from sources other than Russia. For this purpose, both branches of the Friendship pipeline (running south to Ukraine and north to Poland) as well as oil pipelines to Lithuania and Latvia would be used.

In 2019, the Belarusian authorities are planning to launch the first unit of the nuclear power plant at Astravyets, built by Rosatom, and a year later the second. Ultimately, this power plant will be able to produce about 17 terawatt hours a year, which corresponds to 40% of the national electricity production and about 46% of annual consumption. However, the price of electricity produced in Astravyets will be higher than that from gas-fired power plants because it will include the costs of a $10 billion loan that should be paid back by 2036.

Due to security claims raised by Lithuania related to the construction of the power plant, Belarus may also have problems with the sale of electricity abroad. Lithuania and Poland will not buy it, or even Ukraine, which has an excess of power (although it would be easy due to the synchronisation of both systems). Latvia may be interested in importing this power, but it would have a negative impact on its relations with Lithuania. Thus, the only potential recipient is Russia, which, taking into account the need to purchase nuclear fuel from it, will increase the dependence of the Belarusian economy on its neighbour.

The costs of maintaining the nuclear power plant will block investments in renewable energy sources. The Belarusian energy ministry is already opposed to the development of renewables because it claims they are more expensive than conventional ones and Belarus’s climatic and geographical conditions make these sources less reliable. At the same time, Belarus’s excess power supply may make the country interested in the development of electromobility.

The basis of the Belarusian economy is Russian gas and oil, which means that an increase in prices will have significant and adverse effects. This dependence is an important tool of pressure for Russia to use against Belarus and can take the form of expecting political or military concessions in exchange for cheap oil and gas. Seeking a way to reduce this dependence and obtain the cheapest resources available, the Belarusian authorities may be increasingly willing to look for alternative sources. Although Belarus is not part of the Energy Community, this search will give the EU opportunities to develop cooperation aimed at increasing the security of supply and liberalisation of its energy market.

The Belarusian authorities may be interested in participating in EU initiatives related to the acquisition of gas from countries such as Kazakhstan, Azerbaijan, and Norway. For gas supplies, only the virtual reverse flow through the Yamal pipeline is possible. Belarus could therefore negotiate the purchase of gas in this mode with Poland or Germany, especially since it cannot afford to build an interconnector with EU countries. The potential for talks on this possibility could also be used by Belarus as a bargaining chip in negotiations with Russia.

At the same time, it is worth it for the EU to encourage Belarus to develop renewable energy sources, indicating that this option offers the possibility of at least partial independence from Russia. Support for activities aimed at building a low-emission and energy-efficient economy in Belarus can be carried out as part of EU projects (similar to those implemented since 2013), projects of the European Investment Bank, and assistance programmes of individual Member States.