Russia’s Corona-diplomacy: Evaluation and Prospects
162
During the COVID-19 pandemic, the Russian Federation (RF) provided medical assistance to more than 30 countries. The Russian authorities used such activities to try to convince their citizens of Russia’s success in dealing with the pandemic. At the same time, the intensive use of propaganda has reduced the effectiveness of Russian public diplomacy in the U.S. and in the EU states. Russia will conduct aid diplomacy even after the pandemic is over, seeing it as an opportunity to strengthen its influence in the recipient countries.
Agnieszka Legucka 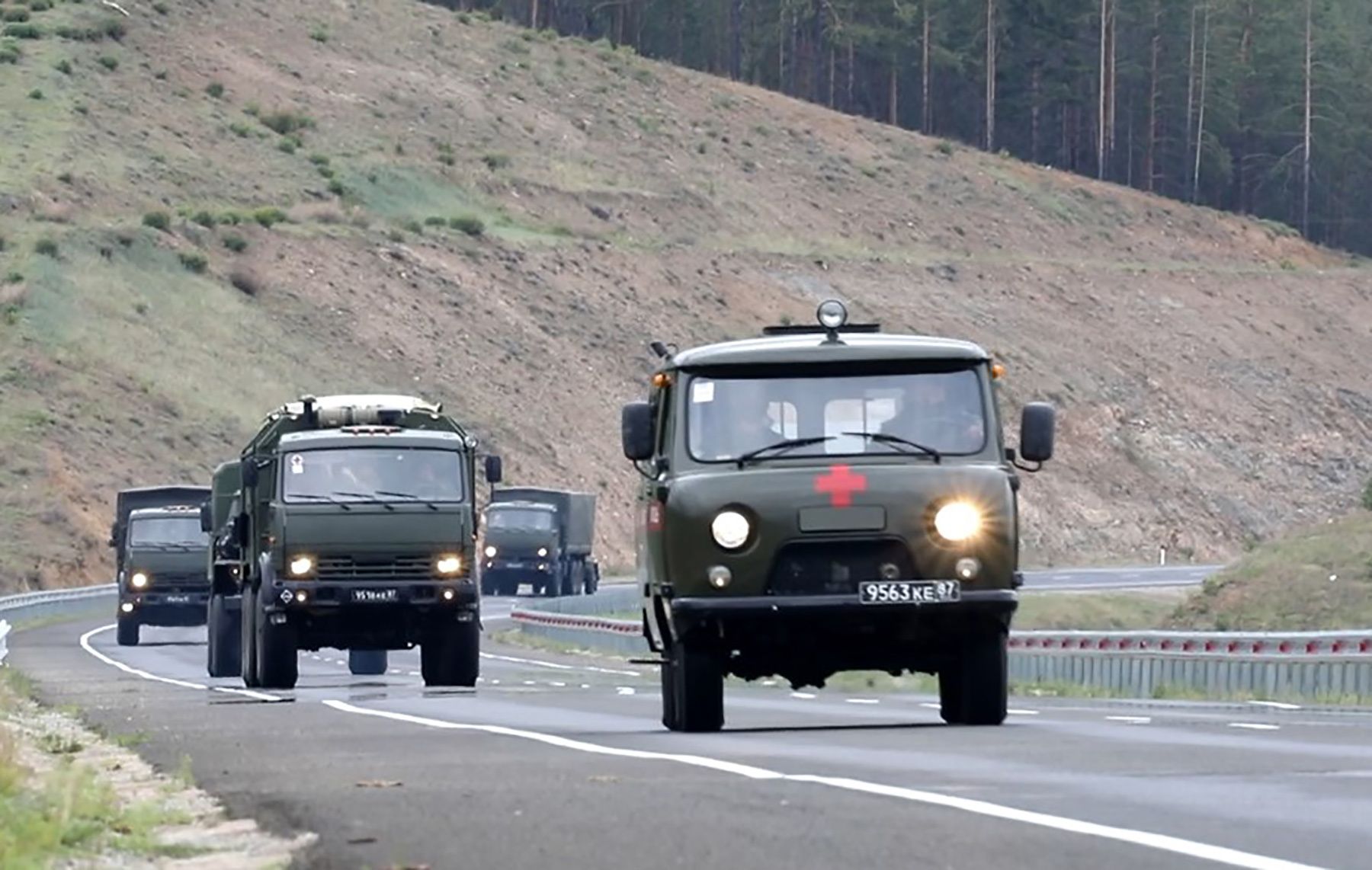 Goals and Directions of Corona-diplomacy

Like many other countries, Russia conducts corona-diplomacy, which is understood as medical and humanitarian aid provided during the COVID-19 pandemic. Russia planned to use the pandemic to pursue foreign policy goals of maintaining good relations with its allies (Venezuela and Syria), improving relations with Western countries (Italy and the U.S.), and undermining the anti-crisis capabilities of other donors, including the European Union. The Russian authorities also promoted multilateral corona-diplomacy, seeking, for example, to ease international sanctions in the face of the crisis.

From February to July, Russia provided aid to 32 countries in total. By supporting the members of the Eurasian Economic Union (EEU) including Armenia, Belarus, Kazakhstan and Kyrgyzstan, Russia wanted to strengthen its position in the post-Soviet area. However, the condition for assistance (including financial support) was to increase political integration within the EEU. In Europe, Russia offered help to countries where pro-Russian sympathies are relatively strong. In this way, it sought to gain influence on the domestic and foreign policy of the recipient states. This concerned, among others, Moldova, Italy, Serbia, Bosnia and Herzegovina. To strengthen partnerships in Asia, Russia sent aid to China, North Korea and Mongolia. In the Middle East, it helped Iran, Syria and Lebanon. By deepening its engagement in Africa, Russia supported Algeria, Guinea, the Democratic Republic of Congo and Djibouti. Help included, among other things, the supply of tests, medical equipment (respirators) and specialist support.

By providing foreign aid and publicising it in the media, the Russian authorities also wanted to show their own society that Russia is the world leader in the fight against the pandemic. In doing so, they aimed to distract attention from the growing number of COVID-19 infected in the country (over 800,000) and the difficulties with supplies in Russian hospitals.

In the early stages of the pandemic, Russia responded quickly to requests for help from other countries. Russia is third only to China and the U.S. in terms of the number of tests carried out (about 27 million) and has the ability to export such tests. By supplying the tests to other countries, Russia made them dependent on its technology. Thanks to Russian tests, it was possible to detect the first cases of coronavirus in Armenia, Belarus and Kazakhstan. The day after talking to the Italian prime minister on 22 March, the Russian Ministry of Defence sent medical support and a decontamination vehicle to that country. As a result, by the turn of March and April, Russia had become, after China, the second most-liked country among Italians (indicated by 32% of respondents), gaining 17%. compared to a 2019 survey.

Russian medical support was gaining more interest in world public opinion than were aid efforts from other countries, mostly thanks to Russia and China’s disinformation. According to a study by the Oxford Internet Institute, COVID‑19 propaganda materials published by Russian and Chinese state media reached a larger audience on social media in France, Spain and Germany than information from their state media.

By offering medical assistance, the Russian authorities strengthened their good relations with political leaders in Italy (Prime Minister Giuseppe Conte), Moldova (President Igor Dodon, sceptical of the EU), and Bosnia and Herzegovina (Milorad Dodik, Republika Srpska representative, is an opponent of NATO enlargement). By playing out disputes between various political forces, Russia was able to influence the internal situation in these countries. By supporting Dodon and the socialists, Russia strengthened its position as a mediator in the Transnistria conflict. Socialists want Russian troops to stay in Transnistria.

Despite the offer of cooperation during the pandemic, Russia has not managed to persuade Western countries to ease the international sanctions. On 26 March, together with Ukraine and Georgia, they rejected the Russian declaration of solidarity in the fight against COVID-19 in the UN General Assembly, which would have led to suspension of restrictions. The European Commission indicated that health matters are not covered by the regime of sanctions, so there is no justification for pressing for them to be lifted., especially since the reasons for introducing them, such as Russia’s annexation of Crimea, have not changed. On the other hand, the Italian authorities did not react to the letter of the chairman of the International Affairs Committee of the Russian Duma, Leonid Slutsky, who insisted that the Italian government should block EU sanctions against Russia in exchange for aid.

The propaganda and disinformation accompanying the Russian corona-diplomacy have worsened Russia’s relations with the United States. At the same time, Russia has not succeeded in undermining the EU’s anti-crisis capabilities, as evidenced by the European Commission’s report on the use of disinformation by Russia and China during the pandemic. The disclosure of the details of the Russian corona-diplomacy, including technical problems with the Russia’s equipment, has weakened the influence of the Kremlin. U.S. authorities sent back Russian ventilators after cases of the equipment igniting in Russia. The Italian newspaper La Stampa revealed that 80% of the masks supplied by Russia were of poor quality. When a Russian spokesman for the Ministry of National Defence accused Italian journalists of discrediting Russia, the Italian government responded by defending the right to freedom of speech. Therefore, in June, 41% of Italians were in favour of strengthening relations with the EU, while only 11% were in favour of closer cooperation with Russia.

The pandemic also revealed conflicts within the EEU. An attempt to deepen political integration in exchange for Russian aid for the group’s members was unsuccessful. In addition, despite the organisation’s decision to ban the export of medical devices, clothing and disinfectants outside its borders, Russia sent, for example, medical equipment to the United States, ignoring the needs of EEU members. Russia’s limited financial assistance to EEU members forced them to turn to international financial institutions and foreign donors. They received support from the International Monetary Fund, the World Bank and the EU. Material aid to the members of the EEU was also provided by China, which displaced Russia in this respect. Poland sent, among other things, two aid convoys to Belarus.

Although the need for international aid will increase as the pandemic develops, Russia’s aid initiatives raise doubts and will continue to do so. This applies to the disinformation accompanying Russia’s support and conditionality of medical assistance to recipient countries.

The future of Russia’s corona-diplomacy will depend on the development of the pandemic in the world. In Russia, the number of patients remains high, but the daily increase in infections is decreasing (from May to July, from approx. 11,000 to approx. 5,000 people). In the event of a second wave of the pandemic, Russia will continue to conduct aid diplomacy in order to earn prestige. Corona-diplomacy strengthens the conviction in Russian society about the country’s growing international position.

Thanks to the use of propaganda and disinformation, the Russian authorities will continue to promote Russia’s successes and discredit the EU. This will lead to tensions between Russia and EU countries, as the latter will use Russian medical aid to a lesser extent than before. For this reason, the Russian authorities are likely to focus on regions to which less aid flows, such as Africa and the Middle East. In the event of inventing its own vaccine against COVID-19, Russia will gain an instrument to put pressure on recipient countries, mainly in the EEU.

The Russian authorities argue that corona-diplomacy should serve the purpose of international cooperation, especially of the major powers, in overcoming the pandemic. Russia sees a forum for such cooperation in the UN system, led by the World Health Organisation (WHO). In order to avoid limiting the scope of WHO’s activities once U.S. finance is suspended and that country leaves the organisation, Russia will probably join the group of countries that will increase contributions to the WHO (along with, among others, the United Kingdom, Germany and Finland).