Russia Forms the Military District of the Northern Fleet
4
As of 1 January, the Russian Military District of the Northern Fleet is operational. The fifth military district, it covers the northern part of the Western MD, including islands of the Arctic Ocean. The creation of the district is another step in the implementation of Russia’s arctic policy and shows that through the projection of power, it wants to further strengthen its position as the strongest state in this region.
Anna Maria Dyner 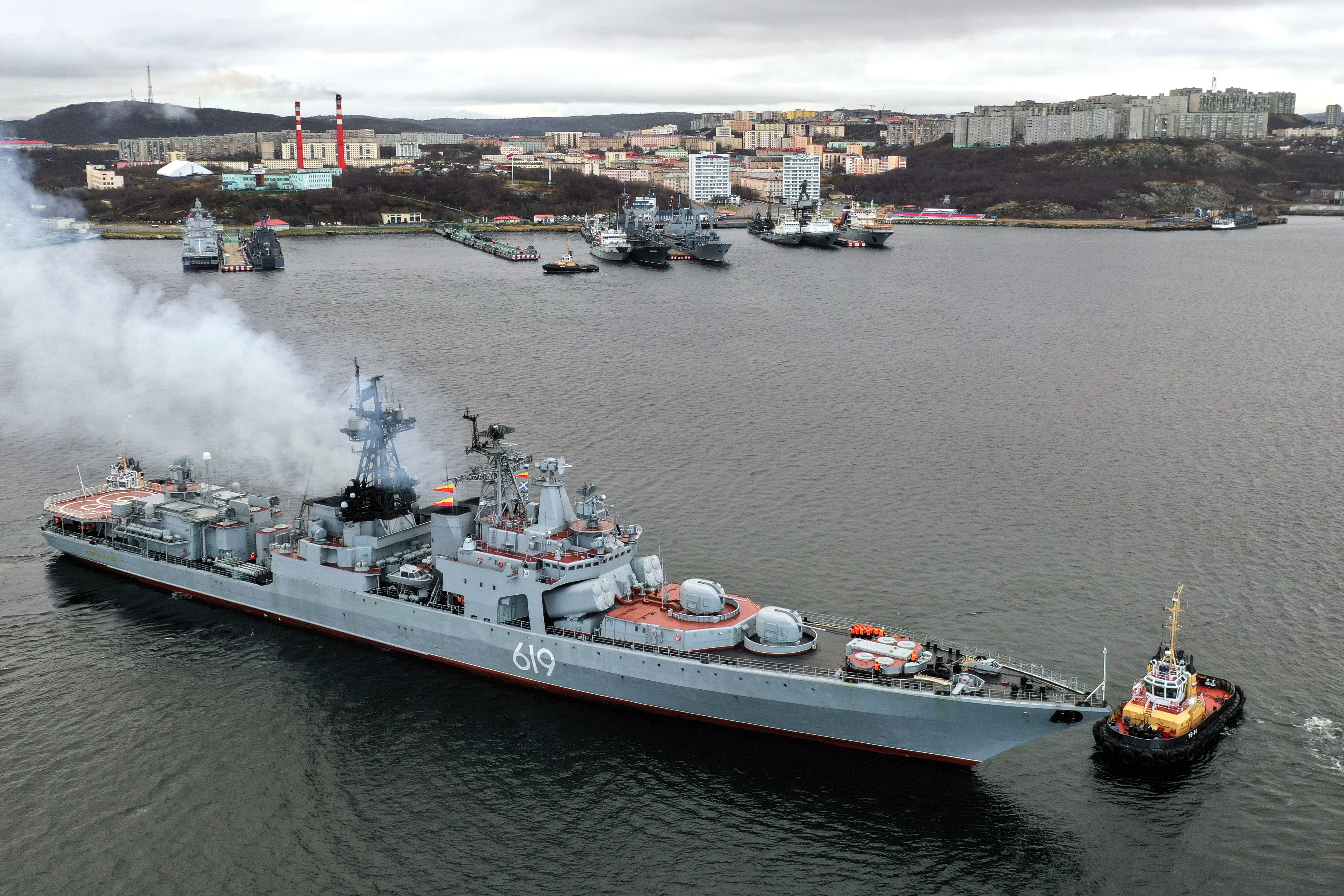 What is the purpose and composition of the new MD?

The Military District of the Northern Fleet (NFMD) is a new organisational unit within the command structure of the Armed Forces of Russia. Its territory includes the Komi Republic, the Arkhangelsk and Murmansk oblasts, Nenets Autonomous Okrug, and islands in the Arctic Ocean. Previously, the Northern Fleet Joint Strategic Command managed part of the Armed Forces stationed in this area (navy, naval aviation, coastal forces, and air defence), with the rest still under the command of the Western MD. The creation of the NFMD re-arranges the command system. It also increases the degree of integration and interoperability of troops stationed in four Federation entities in the new MD, and will also mean a simplification of financing units located in this area, along with faster development of military capabilities. In addition, by increasing the status of the Northern Fleet (NF) to a military district significantly expands its scope of independence, thanks to which it will be easier to use its resources in military operations in the Arctic.

What is the military potential of the NFMD?

The NF has about 80 ships (surface combatants and submarines), several of which are currently in refit. About 10 new units are to be delivered in the coming years. NF ships also have the largest nuclear deterrent potential among Russia’s Fleets and Flotillas. The NF also includes two Arctic mechanised brigades—Marine and Coastal Defence Brigades—and the 45th Air Force and Air Defence Army. The NF also has units to counter sabotage and electronic warfare (EW). In recent years, they have been equipped with S-350, S-400, and Pantsir-S systems. Moreover, NF ships have tested the Zircon (NATO: SS-N-33) hypersonic cruise missiles. The network of military bases along the Arctic Ocean coast was also expanded. Due to the specificity of the district, the most important component will be the navy, air-defence forces, and EW units.

What does the creation of the NFMD mean?

The creation of the new MD is in line with the Russian Arctic Development Strategy until 2035, as well as the 2015 Maritime Doctrine. Both assume the development of Russian military capabilities in the Arctic Ocean. Russia’s goal is to secure its Northern Flank, including the Northern Sea Route. The creation of the district shows that Russia treats the Arctic as a region strategically important to its security (including economic) and as another important place for international competition, especially with NATO countries. The latter’s activities, such as drills or the development of military potential, in the region are viewed by Russia as a significant threat. In the Russian view, the presence of its armed forces in the Arctic is also key to resolving any future disputes related to the exploitation of resources on the continental shelf. Moreover, Russia wants to confirm and strengthen its status as the strongest state in the Arctic.

What does the creation of the new MD mean for NATO countries?

The establishment of the NFMD creates new challenges for the countries of the Northern Flank of the Alliance—Denmark, Iceland, Canada, Norway, and the U.S.—as well as for Sweden and Finland, which closely cooperate with NATO. It also means, among others, increasing the capacity for joint operations and coordination between the NF and Western MD commands. By constantly strengthening the Northern Fleet, in the event of a conflict with NATO, Russia expands the possibilities for horizontal escalation—simultaneously carrying out actions against the countries of the Eastern and Northern flanks of the Alliance. Therefore, Russia’s increasingly stronger military potential in the High North must be analysed by NATO in the context of its ability to act simultaneously in both strategic directions. Thus, it is necessary to adapt the Alliance to the increasing Russian threat in the Arctic, including the development of deterrence potential.