Clean Gas: Prospects of Hydrogen Energy Development in the EU
168
Hydrogen is a non-polluting gas, which, by replacing natural gas, would contribute to decarbonising the EU’s industry. The development of the hydrogen sector is related not only with climate policy but also with the industrial strategy and it will require, for example, forging regulations and making investments both in hydrogen production capacities and a transmission network. The above issues will be a challenge for Poland’s industrial and foreign policy.
Bartosz Bieliszczuk 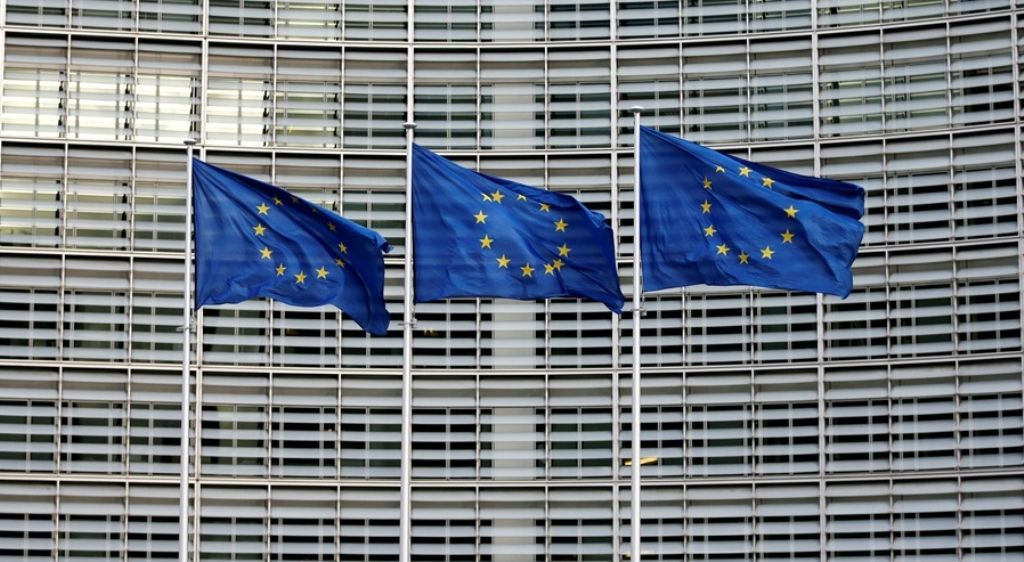 The Significance of Hydrogen

Although natural gas is a cleaner fuel than coal it still produces some greenhouse gases (GHG). However, replacing it with renewable energy sources (RES) in some sectors (such as heating and the steel industry) would be difficult. The solution is the use of hydrogen, a gas which does not produce GHG. Hydrogen would gradually replace natural gas as fuel in the energy and industrial sectors, among others.

Broader use requires, for example, upgrading the gas transmission network, which must be tighter as hydrogen is more likely to leak than natural gas. Currently (for technical and safety reasons) it is possible to mix only a small portion of hydrogen in the existing network. Another challenge is producing large volumes of hydrogen. In order to contribute to energy transformation, the process itself should not cause pollution. Depending on the technology that is used to produce hydrogen, it is referred to with a different colour (the hydrogen itself has the same properties, though). Electrolysis of water uses electricity, which can be produced from RES (so “green” hydrogen is produced) and the oxygen is released as the by-product. Hydrogen can also be produced using methane (the main component of natural gas) or coal in the process of steam-methane reforming or coal gasification (grey hydrogen), but this process leads to GHG emissions. A workaround is to use a carbon capture and storage process (CCS), which means capturing the CO2 so it is not released into the atmosphere (blue hydrogen). It is also possible to use the high temperature of nuclear reactors for the pyrolisis of methane, which produces fixed carbon rather than GHG (purple/turquoise hydrogen). More than 95% of hydrogen production is currently associated with GHG pollution (due to, among other things, steam-methane reforming and coal gasification) and less than 1% is produced using RES.

From the technical perspective, the natural gas, coal, nuclear and RES sectors can all be involved in hydrogen production. The bet on the specific technology is therefore related not only to the calculations of the GHG emissions and profitability, but also broadly defined industrial and climate policy. Natural gas exporters want their resources to play a role in the hydrogen future, while importers prioritise green hydrogen to partly lower their dependence on imports (and the importers with nuclear capacities also emphasise the role of purple hydrogen).

The Hydrogen Industry in the EU

The European Commission’s hydrogen strategy published in July aims to produce 1 million tonnes of hydrogen from renewables by 2024, and 10 million tonnes in 2025 to 2030. By then it is meant to become a significant part of the energy system (global production of hydrogen is currently around 70 million tonnes). From 2030, hydrogen from RES should be widely used, including in all hard-to decarbonise sectors. The EC prioritises green hydrogen over solar and wind energy. However, it also leaves room for the use of low-carbon (blue) hydrogen. The EU’s 2018 RED II directive also requires Member States to create a system of guarantee of origins for renewable gas (a similar system exists for electricity). Creating such a coherent system is one of the significant challenges for EU and would enable effective trade of hydrogen.

The development of the hydrogen industry is also becoming more important for EU Member States. Germany, which accounts for around 19% of natural gas consumption within the EU, views this as opportunity for decarbonisation, and creating jobs and benefits for industry. Germany’s hydrogen strategy from June 2020 prioritises the development of green hydrogen, but also sees a role for the blue one. The document emphasises the need for international cooperation, especially with countries from Southern Europe (with solar energy potential) and the North Sea (wind energy). The strategy points out the potential of cooperation on hydrogen with current exporters, but also highlights that it should not petrify investments in fossil fuels.

The potential of hydrogen is also recognised by the Netherlands, where gas production has decreased. The Netherlands prioritises green hydrogen and investment in RES, and wants to become an important RES hub by using its existing port and gas infrastructure. The development of the hydrogen sector will also be supported by, for example, the initiative of gas system operators from Belgium, Czechia, Denmark, France, Spain, the Netherlands, Germany, Sweden and Italy, which this year initiated cooperation for creating hydrogen transmission infrastructure.

European companies are also investing in production capacities. Out of 67 hydrogen producing projects for energy or climate change mitigation purposes developed in EU with the start date 2020 to 2030, 62 will use electrolysis technology, enabling RES to play a role. They will help to limit EU’s GHG emissions and prevent energy oversupply, for example from wind farms that can be used to produce hydrogen.

The hydrogen push in the EU means a challenge for gas exporters, especially Norway and Russia, which cover more than half of the EU’s imports. Norway, despite being a significant gas and oil exporter, is also investing in RES and green technologies. This creates opportunities for producing green hydrogen, but because of its CCS potential (in the depleted fields), Norway hopes the blue hydrogen will play a significant role. Russia is working on its hydrogen strategy, but despite some potential of its companies, Russia is rather reactive on the matter of the hydrogen industry. Climate policy is not high on Russian decision-makers’ agenda, and their efforts focus mainly on maintaining the significance of traditional energy sectors. However, Russia’s European partners try to justify the construction of Nord Stream 2, for example, as a pipeline that can be used by Russia to export hydrogen to Europe in the future.

Australia, the second biggest LNG exporter in the world, has also set an ambitious hydrogen policy. The experience gained on the LNG market could also help in potential hydrogen exports in the future. Australia, like Norway, wants to focus not only on green, but also on blue hydrogen. The Australian strategy focuses on international cooperation, such as the certification of hydrogen, which could mean some kind of collaboration with the EU on this issue.

Japan and South Korea, countries that aim to limit their dependence on imported fuels, are also developing their hydrogen sectors. They might become important technical partners for the EU. Cooperation on hydrogen might also be important in the EU’s relations with the UK, which is also developing hydrogen projects.

The EU’s plans for gas industry decarbonisation are important for Poland, which in recent years has invested in new gas import infrastructure and plans to increase gas consumption.

The important factor of the strategy of the EU and some Member States is international cooperation. Poland (which is currently working on its national hydrogen strategy) should seek to cooperate closer with countries with which it already enjoys a similar relationship in the oil and gas industries (for example, Denmark and Norway). These countries are interested in investing in Baltic wind farms and actively pursue energy transition. Poland should also seek to cooperate with other EU countries, such as Germany and the Netherlands, and promote the development of hydrogen infrastructure in the region using the Three Seas Initiative (hydrogen might also be discussed during the TSI summit in Estonia, in October).

Despite the strong push for green hydrogen by the EU, it should be expected that blue hydrogen will play an important role in the medium term. The reason for this is not only the need to maximise hydrogen production capacities, but also the efforts of the fossil fuel exporters to include their interests too. From Poland’s perspective, it is important for the hydrogen industry to help energy transition, limit GHG emissions and support national industry. Thanks to wind farms on the Baltic Sea, Polish companies have some opportunities to produce green hydrogen and plan to invest in RES. It would be beneficial for Poland for the EU’s dependence on fossil fuel imports (especially from Russia) to be limited, and where this is not possible to cooperate with the EU’s neighbours and partners who ensure stable supplies and diversification. 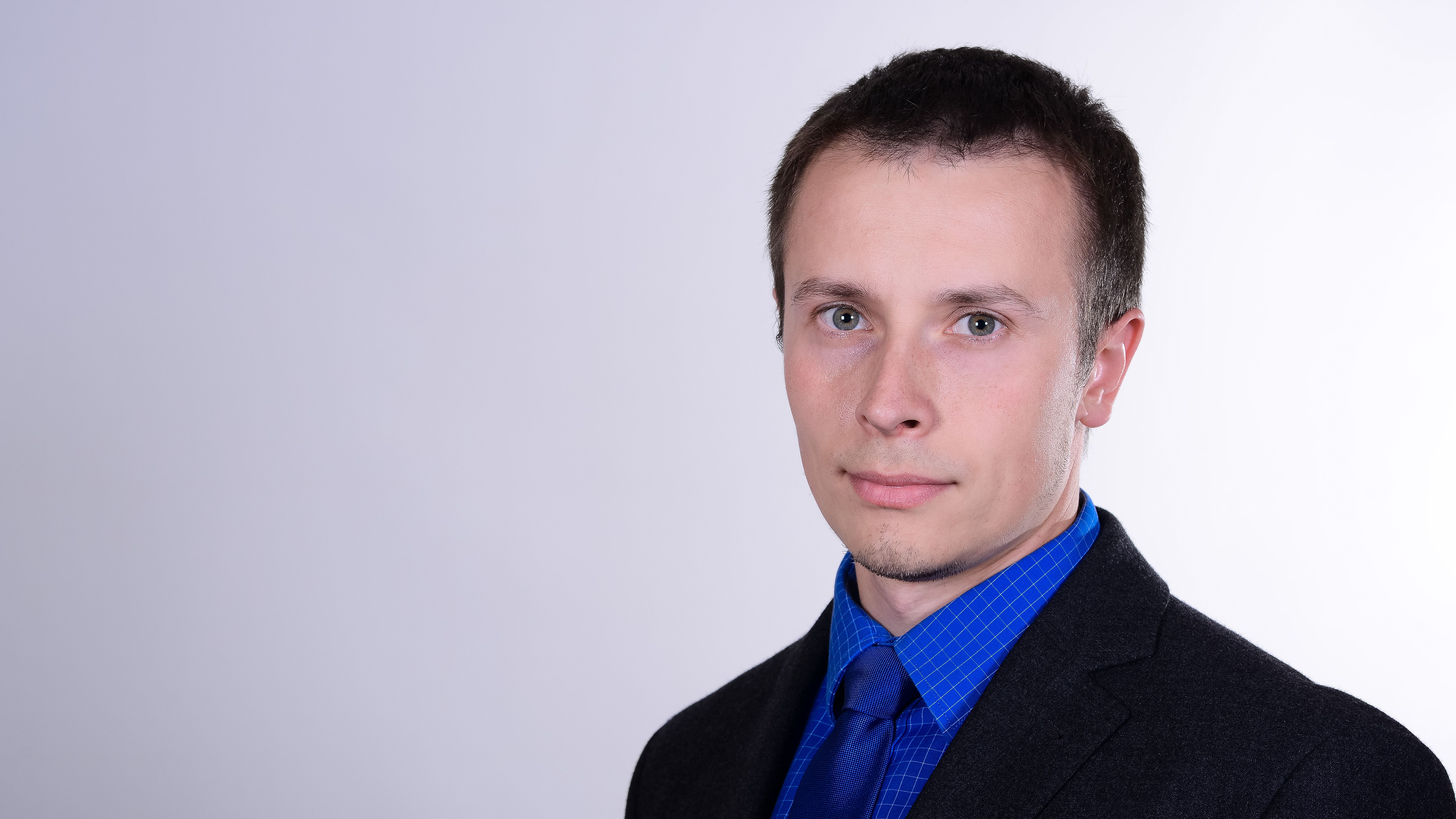