Home Page Changes in the Main Assumptions of the U.S. National Defense Strategy

Changes in the Main Assumptions of the U.S. National Defense Strategy
14 (1587)
The U.S. National Defense Strategy (NDS) expands on the main conclusions of the National Security Strategy (NSS) approved at the end of 2017, which recognised that America’s most important threats come from China and Russia, not from international terrorism. The unclassified summary of the NDS signals the beginning of changes in U.S. strategic and operational plans, as well as in the structures and equipment of its armed forces. Together with other Trump administration documents, it reveals the U.S. priorities and its growing expectations of its allies.
Marcin Andrzej Piotrowski 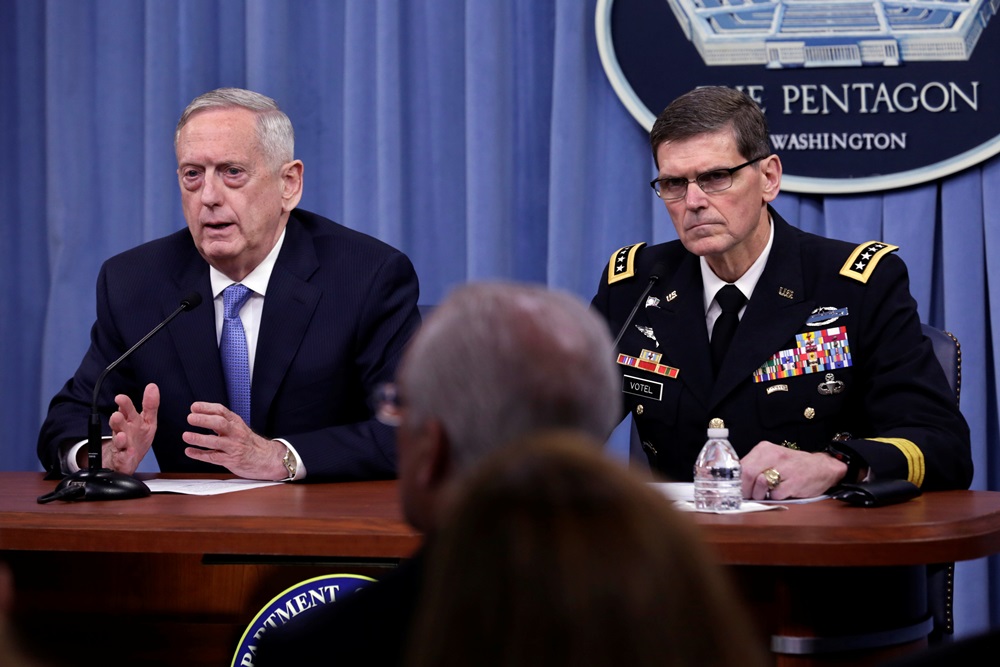 On 19 January, the U.S. Department of Defense published the unclassified summary of the NDS. The last document with this title was prepared in 2008, with its functions put into other Pentagon reports, especially the Quadrennial Defense Reviews (QDRs). The new NDS was presented by Secretary of Defense James Mattis, who personally was engaged in drafting the document, prepared by a small group of officials in the Pentagon with invited experts.

The NDS expands on the main assumptions of the NSS, prepared by the U.S. National Security Council and approved by President Donald Trump in December 2017. The NDS, like the NSS, finds a growing rivalry amongst world powers, and for the U.S., mainly a global competitive environment with China and Russia and a regional one with North Korea and Iran.[1] The NDS also presents the U.S. priorities that arise from these assumed trends, encapsulated by the Reagan-era slogan “Peace Through Strength” and understood as a sharpened competitive edge of the U.S. military over potential adversaries. The NDS replaces the QDRs—which as unclassified reports—were very general about the hierarchy of tasks for the U.S. military, leaving military commanders and members of Congress unsatisfied. The NDS is intended to be not only a political document but also a framework for long-term defence planning, development of military capabilities, and Pentagon budgeting.

The presentation of the NDS precedes the publication of more detailed reports by the Department of Defense, including the Nuclear Posture Review (NPR) and Ballistic Missile Defense Review (BMDR). It can be assumed that the full, classified version of the NDS sets the main directions for the development of the plans, structures, and capabilities needed by the U.S. military for at least the next 4–5 years. The NDS is not the end of the changes to the American defence strategy. Still this year, there are further changes expected in plans prepared by the Joint Chiefs of Staff, which following the NDS will prepare the unclassified National Military Strategy (NMS), which will contain likely regional scenarios and contingency plans, as well as adequate levels of forces and assets. Moreover, at the request of Congress, there is an expectation for a report by an expert panel (National Defense Strategy Commission), which might present alternative recommendations to the administration’s reports and could influence debate on budgets and individual modernisation programmes.

The NDS recognises military threats from the so-called “4+1”—China, Russia, North Korea, Iran and non-state terrorist groups. This assumption is tantamount to an end to the dogma held since 2001 that the most serious threat to the U.S. that the military must face is international terrorism. The NDS stresses, however, that terrorism is still an ever-present threat to the U.S., justifying the ongoing missions to Afghanistan, Iraq, and Syria, but the shape of its military will be determined by the need to preserve an edge over its strategic rivals.

Changes in the U.S. Military Plans

The NDS summary is not clear about a departure from the preserving the so-called “One and a Half Major Theater War” concept, introduced under President Barack Obama. According to that concept, if deterrence fails, the U.S. should be capable of defeating an adversary in a large-scale conflict and to deny the objectives of another aggressor in another region. In publications by experts connected to Mattis and in reports by a few conservative think-tanks, the common recommendation was to return to the “Two Major Theater Wars” concept. But the growing capabilities of Russia, China, North Korea, and Iran, in the context of the huge reduction of forces of many U.S. allies has meant that simply returning to past concepts is unlikely. More realistic might be to keep the “One and a Half” concept but with more ambitious modernisation of the American nuclear and conventional arsenals. Another option is to assume the “Two Wars” concept but in practice through the use of a unilateral force (U.S.) in one region and a wider coalition of forces in the second region. Nevertheless, without access to the full version of the NDS it is hard to conclude more about with concept applies to regional wars. Obviously, how it is framed in the classified portions of the NDS and NMS will imply specific U.S. expectations of its allies in NATO, the Middle East, and Asia.

The NDS focuses on technical modernisation of the U.S. military, especially the nuclear strategic triad, the Navy, and all capabilities for the space and cyber domains. Together with higher combat readiness, these should guarantee sufficient preparation for the full spectrum of potential military tasks, with the focus on scenarios of high-intense hybrid or conventional conflicts. The modernisation and “rebuild” of the U.S. military are also compatible with Trump’s presidential campaign statements. In discussions with non-governmental experts, the main Pentagon budget increase, with the costs of larger land forces and equipping them with more heavy weapons systems (especially the Army and Marine Corps), are estimated to be about $620–675 billion. The NDS summary does not touch on such budget details, but the 2018 National Defense Authorisation Act sets this at $626 billion annually (an increase of 18% from 2017). This act assumes an additional 7,500 troops for the Army and a thousand more Marines, the delivery of 90 F-35 multi-role airplanes, and additional interceptors for various missile-defence systems. Approval of these plans and passage of the Pentagon’s main budget by Congress would be the first test of addressing the conclusions and recommendations of the new NDS. It states that military modernisation and transformation will be continued in budget proposals for 2019–2023.

Contrary to the NSS, the NDS summary includes a separate chapter on the roles of allies and partners in the U.S. defence strategy. It recognises their contribution to fighting terrorism and in all major operations of the U.S. military. However, the document first describes the role of Indo-Pacific alliances and partnerships and then NATO, which suggests the Pentagon perceives the U.S. rivalry with China as more demanding than with Russia. The NDS summary also promises to fortify NATO and stresses the Alliance’s role in deterring Russia, defeating terrorism, and stabilising European “peripheries.” Sentences stressing the need for further interoperability and readiness of NATO forces confirm the US desire for Alliance members to adapt faster to the envisioned threats. Notable, though, is that this version of the NDS does not mention plans for the increased forward military presence of U.S. forces in Europe, but there is a fragment on the need for “operational unpredictability,” which might suggest more intense rotation of U.S. Army units on NATO’s Eastern Flank, an increase in equipment and ammunition in pre-positioned sets, as well as large-scale military exercises with allies from Central Europe, as well as Sweden and Finland. And in line with frequent comments by U.S. officials, the NDS also confirms their expectations of an increase in allied national defence budgets and filling gaps in their military capabilities.

The U.S. National Defense Strategy confirms a transition from efforts to treat China and Russia as future “strategic partners,” as intended by Obama, to recognition of both countries as rivals, also in the military dimension. Classifying the full version of the NDS may decrease the transparency and predictability of its strategic and operational military plans for rivals and potential adversaries of the U.S. The NDS summary also announces a needed transformation of plans, structures, and equipment, even if the scale of the change depends on Congress’s readiness to finance them. Despite continued controversy over the federal budget, it can be assumed this Congress will support the Pentagon’s priorities. New high standards of military training, combat readiness, and equipment modernisation of U.S. forces will result in higher expectations of its allies, including NATO members. 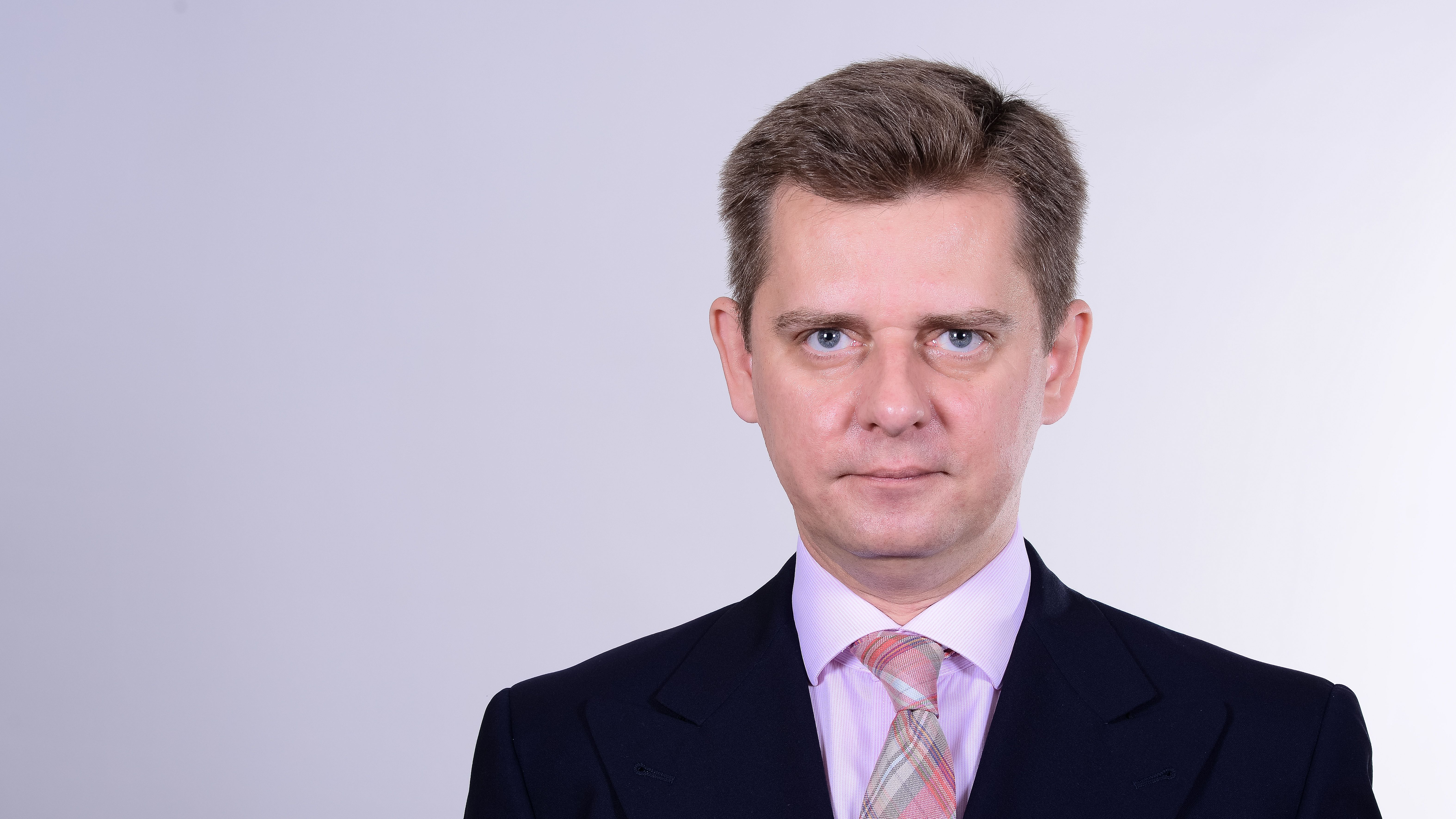