Strona główna Will the EU Green Deal Survive COVID-19? The Future of the European Climate Transformation from the Polish and French Perspectives

Will the EU Green Deal Survive COVID-19? The Future of the European Climate Transformation from the Polish and French Perspectives 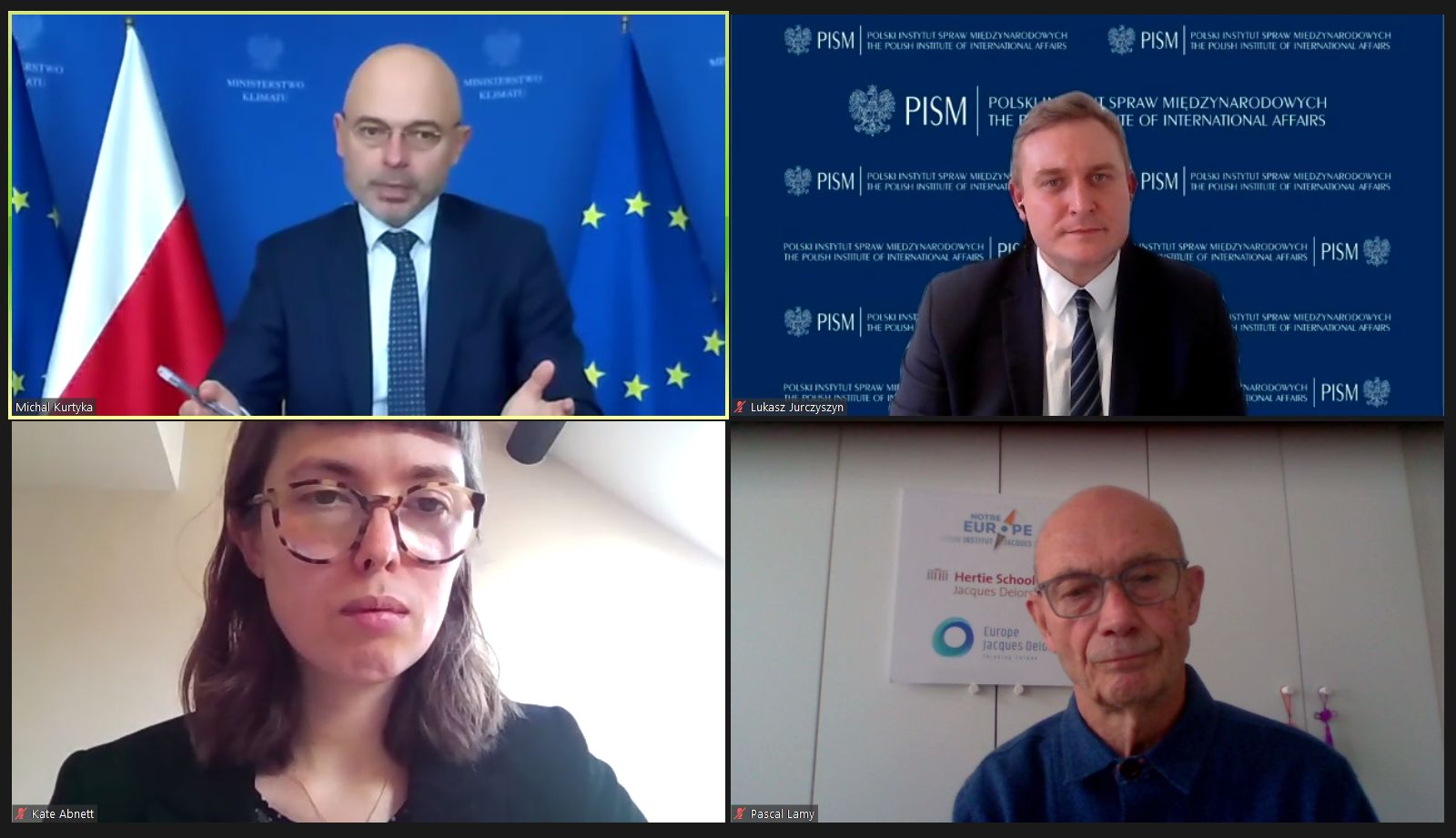 invite you to the Online Debate:

Will the EU Green Deal Survive COVID-19? The Future of the European Climate Transformation from the Polish and French Perspectives

The COVID-19 pandemic has forced both European and national decision-makers to adapt their perspectives on diverse issues concerning the future of the European Union’s economy, including debt levels and state intervention in labour markets and supply chains. The commonly held notion that has remained unruffled despite this year’s events is that there is no turning back from the climate transformation. As agreed by the European Council on 21 July 2020, a large portion of the EU Recovery Plan (at least 30%) will finance environmental efforts and the fight against climate change as developed in the EU Green Deal.

This online discussion aims to bring together the diverse Polish and French perspectives, as well as European viewpoints, on the future and possible implementation of the “green” segment of the European Recovery Plan. Our panellists will reflect on this from two angles:

Structure of the discussion:

Those wishing to participate are kindly invited to join the debate via our livestreamed:

The event will be held in English.

The online debate, which took place on October 6th, concerned itself with the ongoing COVID-19 pandemic and its effects on the European Union’s Green Deal, as well as its future and potential consequences in light of diverse types of disruptions and delays relating to the current crisis. The conference was organized jointly by the Europe Jacques Delors and PISM Brussels and was accessible to wider public, which has met with great interest and high number of participants.

This time around, the conference focused on the Polish and French approach to and view of the future of the EU Green Deal. Consequently, the experts present during the debate were: the new Polish Climate and Environment – Mr Michal Kurtyka and the Vice President of Delors Europe – Mr. Pascal Lamy. The European Climate and Energy Correspondent for Reuters – Ms Kate Abnett has agreed to moderate the conversation.

The conversation revolved around the topic of the challenges that the European Climate Deal will, and is already facing, in light of the unprecedented events of the last six months. No country or organization could predict such turn of events, therefore all of the ongoing deals, agreements and projects have faced immense setbacks, which could only be remedied with flexible approaches and the ability to adapt to unforeseeable changes on an ad hoc basis of the actors and international bodies concerned.

Dr. Łukasz Jurczyszyn, director of the PISM Brussels Office, started the online debate with introductory remarks about PISM’s aim to be a public platform for a regional perspective not often present in Brussels debates.

Then, Ms Kate Abnett - the European Climate and Energy Correspondent for Reuters and conference moderator, introduced the topic, emphasizing the following points to be tackled throughout the conversation:

During the conversation, both panelists provided their national perspectives on the future of the European Climate agreement. They both provided highly detailed experts views on the types of challenges that all EU member states will have to overcome in order to be able to achieve the climate neutrality by 2050. Mr Kurtyka emphasized that countries will need to be able to adapt to changes in order to continue working on environmental issues in light of the current crisis. According to Kurtyka, the EU Green Deal has the potential to become a role model for the whole world to follow, as long as the actors involved are flexible enough to address any difficulties with a holistic approach and are prone to negotiate on new, solutions which are better suited to the unprecedented times we are living in right now. Mr Lamy noted that the pandemic is a test to the durability of the climate deal and to the EU member states’ ability to work together. According to Lamy, if we play our cards right and proceed in an effective, flexible manner, the EU Green Deal may actually gain momentum in the near future.

The turn-out was particularly high with around 80 participants of the debate which encouraged both co-organisers to work together on another similar event.

In case you have missed the conference, the recording is available online, via following link: https://www.youtube.com/watch?v=BUabmODQWAA