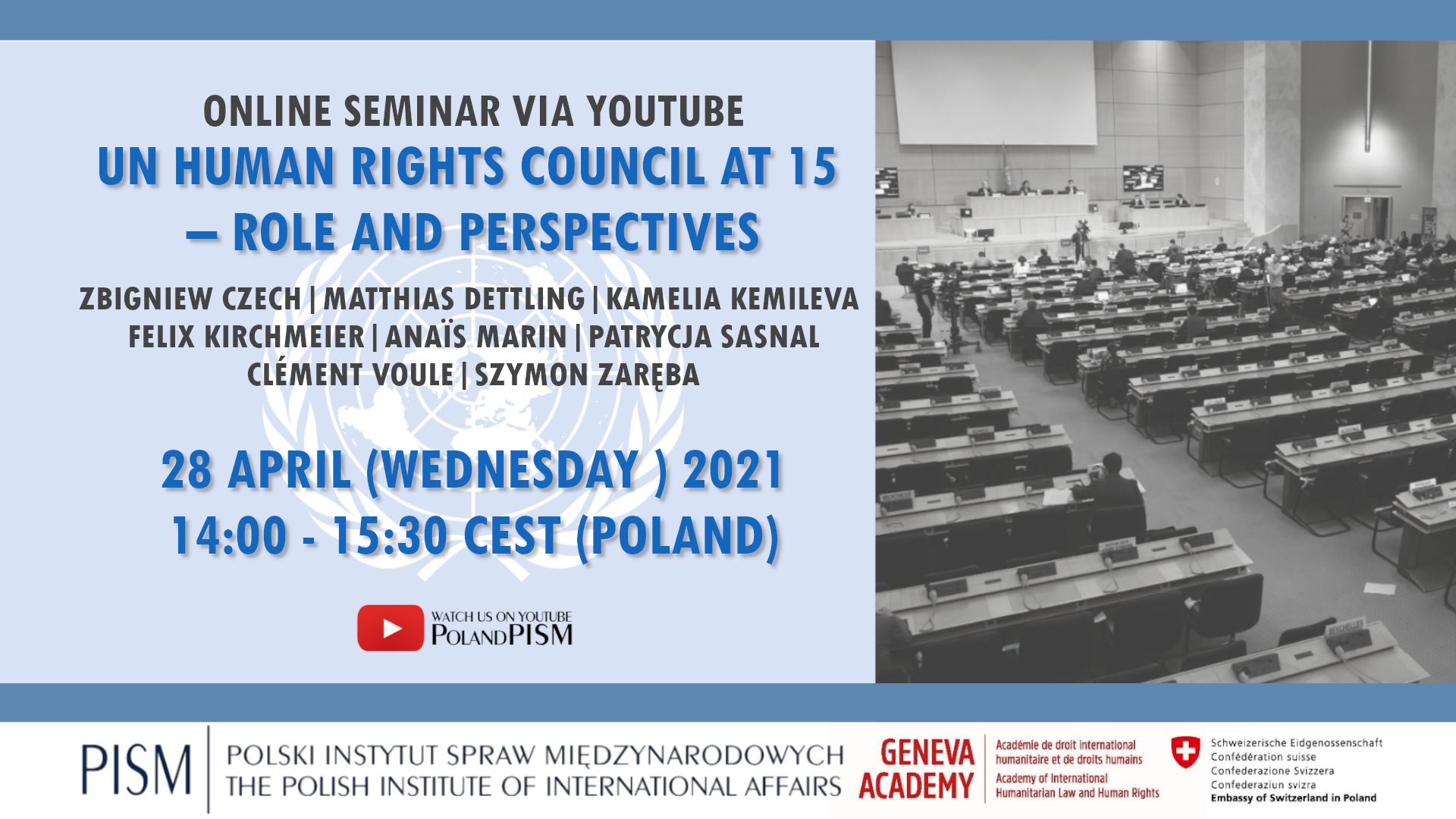 with the Embassy of Switzerland in Poland

the Geneva Academy of International Humanitarian Law and Human Rights

are pleased to invite you to the online discussion:

This year, the UN Human Rights Council celebrates its 15th anniversary. Although the body remains one of the principal institutions tasked with the universal protection and promotion of human rights, its role and activities are much less known to the wider Media reports on its work often focus on the clashes between the different visions of human rights protection standards of the Western and developing states, and criticism of the Council sometimes prevails over rational assessment. That is why a debate on its current state and the future of the UN human rights protection system remains vital.

The event’s main aim will be to make the viewers more familiar with the Council’s membership and internal dynamics, as well as selected mechanisms, such as special procedures. It will demonstrate the continuous pertinence of the body and dissipate the possible wrong impressions about its work. Since Poland is currently one of the members of the Council, the event will also shed light on the involvement of Polish diplomacy and experts in the work of the body.

The online seminar will be recorded and livestreamed on YouTube channel.