Strona główna The CAI effect: Upending the notion of a systemic rivalry with China?

The CAI effect: Upending the notion of a systemic rivalry with China? 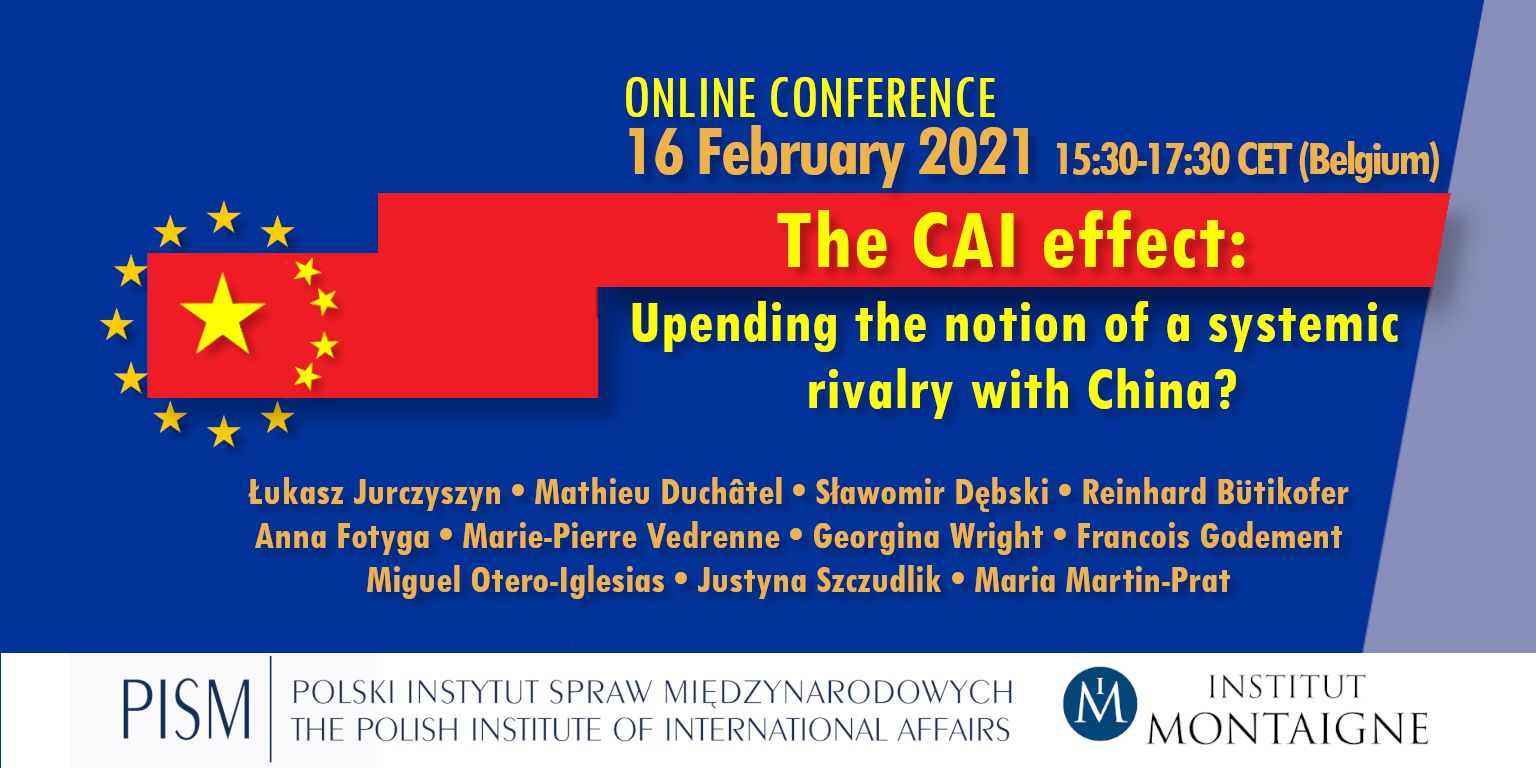 The Polish Institute of International Affairs (PISM) Brussels Office with the Institut Montaigne have the honour to invite you to join the online conference:

The CAI effect: Upending the notion of a systemic rivalry with China?

This will be a public, on-invitation only dialogue debate amongst an inner circle of several dozens of the European and US experts, top-officials and politicians. In addition, the debate will be broadcast via live streaming and we would like to kindly invite you to join us.

The European Commission`s outcome of negotiations on Comprehensive Agreement on Investment (CAI) with China in December 2020 raised objections and provoked a heated debate in the European and American communities of experts. The advocates of CAI present it as a smart, “strategically autonomous” solution to help rebalance asymmetries in the EU-China economic relationship and stress the market access European gains and Chinese promises. The critics argue that CAI delivers “too little, too fast” with limited results, it undermines the prospects for transatlantic cooperation on China policy and endorses China’s goal of substituting declarative statements for structural changes.

During the debate the participants will evaluate the benefits and losses of implementing CAI for the European Union and its possible impact on the EU’s position on the global arena.

Session 1: Wins and losses – the CAI balance sheet for Europ

Those wishing to participate are kindly invited to join the debate via our livestreamed  YouTube channel:

The online seminar will be recorded