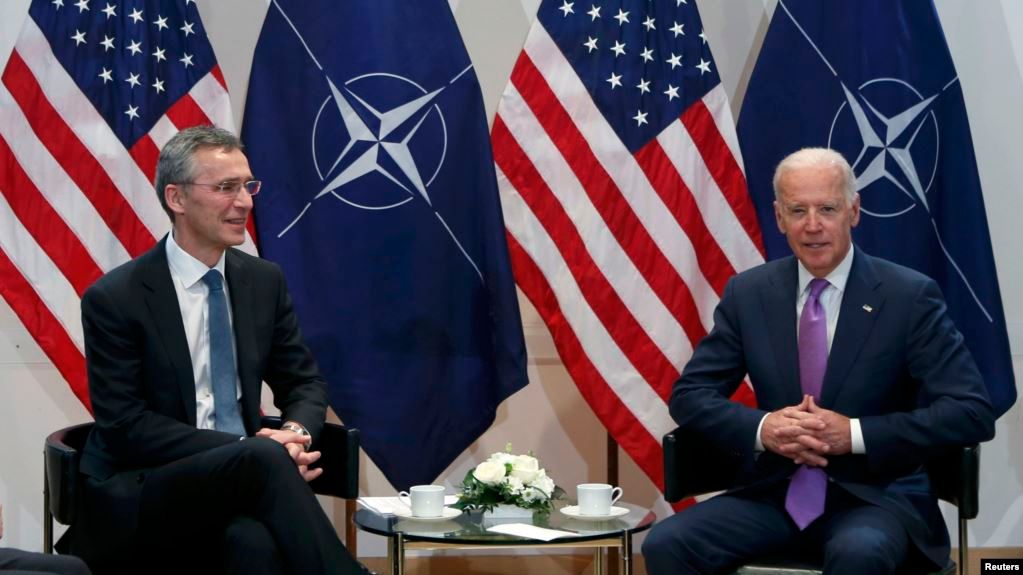 The online, public debate, which has been hosted by PISM Brussels Office and the Clingendael Institute, focused on NATO’s strategic direction and the path forward in light of the U.S. elections outcome. The debate took place on 17th December, a little over a month after it has been confirmed that the democratic nominee Joe Biden will have become the 46th American president come January 2021. The timing of the PISM Brussel and Clingendael debate could not have been more relevant to the discussed topic as all of the international actors and institutional entities involved in cooperation with the United States, NATO included, find themselves reflecting on the possible path forward and strategic modus operandi in light of these important changes in Washington. Moreover, our debate has taken place shortly after the NATO’s new Strategic Concept report has been published, which provides for a great opportunity and timing for a discussion on the NATO’s strategic priorities in the coming years, the new threats and challenges as well as opportunities and space for increased cooperation between NATO and the non-member states. The relevance of the subject tackled during the webinar, as well as the proximity to the afore-mentioned events resulted in a high turnout and a diverse audience coming from both private as well as public sector.

The debate was kindly started by Mr. Slawomir Debski, the Director of PISM Poland Office. Mr Debski has introduced the topic and opened the floor to the guests and experts on the panel: Permanent Representative of Poland to NATO – Mr Tomasz Szatkowski, the Netherlands Permanent Representative to NATO – Mrs Marisa Gerards, Mr Marcin Terlikowski – the Head of International Security Programme at PISM Poland, Mr Dick Zandee, Senior Research Fellow and the Head of the Clingendael Security Unit and and Mr Rem Korteweg – Senior Research Fellow at the Clingendael Institute.

Mr Slawomir Debski opened the event with introductory remarks about PISM’s aim to be a public platform for a regional perspective not often present in Brussels debates.

Mrs Gerards, the permanent representative of the Netherlands to NATO, has provided the audience with information regarding the need for the NATO to be flexible enough to be able to evolve in line with the changing international security and defence climate. The publication of the Strategic Concept report provides a valuable basis for the NATO to reflect on whether or not its strategic priorities correspond well and answer in an efficient manner to the new threats and challenges ahead.

Mr Tomasz Szatkowski, the permanent representative of Poland to NATO discussed the importance of the new Strategic Concept to the NATO and its Member States. Mr Szatkowski affirmed that there has been an increased appetite for such strategic review of the existing mechanisms, which also provide a necessary basis for consultations on what needs to be updated for better address the new security issues ahead. The Strategic Concept is, indeed, a much-needed opportunity to review the dynamics of the cooperation between member states; it also provides a room for successful evolution and a forum for exchange of fresh ideas for the future.

Mr Marcin Terlikowski, the Head of International Security Programme at PISM Poland Office affirmed that now is the time to ponder on how to strengthen and consolidate the partnership internally but also to focus on discussing the role of China on the international security arena and establishing the most effective NATO’s approach to Beijing. Mr Zandee, Senior Research Fellow and the Head of the Clingendael Security Unit, added that the NATO needs to prioritise defining its modus operandi towards Russia. The Alliance needs to maintain regular dialogue with Moscow despite tensions so this task will require of the NATO member states a lot of flexibility and strategic thinking.

Mrs Gerard highlighted the fact that the cooperation between NATO and the EU is of an immense importance and that achieving strategic autonomy should not be conceived of as an end in itself, but rather it should be considered as a means towards achieving a greater stability in a longer run. The American leaders will surely look towards Europe to working towards that goal in the coming future, especially in light of the election of a democratic Presidential candidate.

Mr Terlikowski agreed that NATO and the EU should focus on cooperation on a strategic and security plane, but also in terms of research, innovation and technological development. It is important to remember that the United States will be a useful partner to NATO and the EU when fostering innovation cooperation and advancing technological research on an international scale.

In his concluding remarks, Mr Szatkowski noted that Poland is a strong proponent of a successful cooperation between the EU and NATO, in light of complementarity principle. What we need is a more cohesive, unified approach to the matters, which will be high on NATO security agenda in the coming years: the role of Turkey, the ever-increasing importance of China on the security and defence arena as well as the need to maintain positive dialogue with Russia. NATO cannot have divergent outlooks on these matters, otherwise the Alliance will not be able to move forward and continue providing its member states with a stable and secure environment for the years to come.

In conclusion, all panellists agreed that the international landscape in the field of security and defence is in the midst of an ongoing evolution, in part due to the new, potential threats looming on a horizon, but also due to the new actors, who are becoming increasingly relevant on the international arena and have to be taken into account in the NATO’s strategic agenda. The North Atlantic Treaty Alliance will have to prioritize consultation and cooperation between its members in order to find a coherent voice that will encompass the diverging interests of its members. It will also need to work in order to decide on the relevant approach to both China and Russia in order to consolidate positive dialogue on the one hand, at the same time assuring protection of its strategic interests, on the other. NATO will only be able to strike such delicate balance between the two through cooperation, mutual dialogue and a well-defined strategic agenda.

The turn-out at the debate was particularly high and the audience was actively engaged in asking questions to all guests, which encouraged both co-organisers to work together on another similar event.

In case you have missed the conference, the recording is available online, via following link: https://www.youtube.com/watch?v=iGLXVYc8o7A