Strona główna Central European Perspectives on the Future of Europe An Austro-French Dialogue with the Visegrad states. Part IV : Poland, the Visegrad Four and the European Union

Central European Perspectives on the Future of Europe An Austro-French Dialogue with the Visegrad states. Part IV : Poland, the Visegrad Four and the European Union 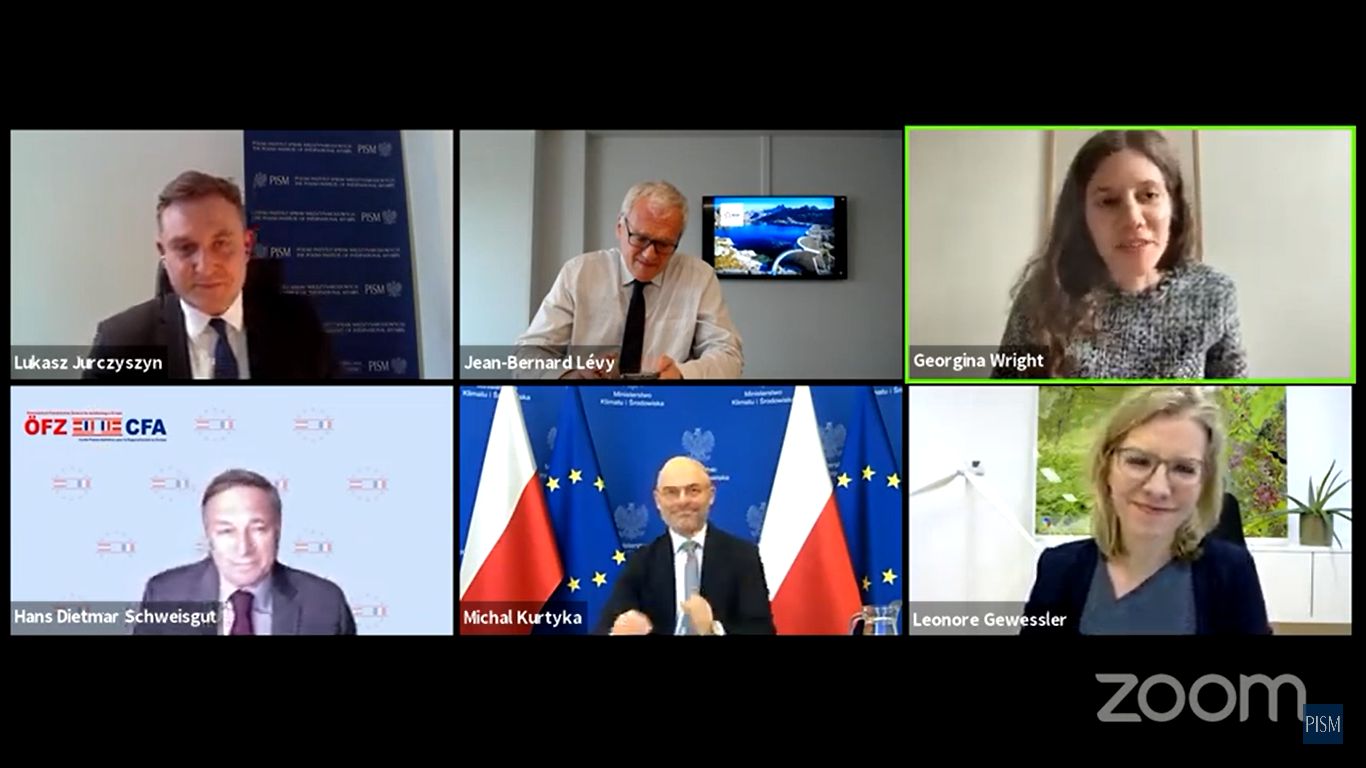 have the honour to invite you to join the online conference:

Central European Perspectives on the Future of Europe

An Austro-French Dialogue with the Visegrad states

Part IV : Poland, the Visegrad Four and the European Union

On Thursday, April 13th 2021, PISM Brussels Office had a pleasure to organize, along with Institut Montaigne from Paris and Austro-French Centre for Rapprochement in Europe (ÖFZ/CFA), Vienna, an online conference on “Central European Perspectives on the Future of Europe, An Austro-French Dialogue with the Visegrad states.” The event was a fourth part of a series of conferences on the subject – this particular conference zoomed in on the topic of Poland, the Visegrad 4 and the European Union.

The event started with the introductory remarks by the Secretary General of the Austro-French Centre for Rapprochement in Europe – Hans Dietmar Schweisgut and by the Director of PISM Brussels Office, Łukasz Jurczyszyn. Both experts expressed their gratitude in having been able to co-organize a conference on such an important and timely topic and in being able to welcome such renowned panellists.

The debate was moderated by Georgina Wright – the Head of Europe Programme at Institut Montaigne. Mr Wright has introduced all participants and handed floor over to the expert panellists.

First presentation was made by Leonore Gewessler, the Austrian Minister for Climate Action, Environment, Energy, Mobility, Innovation and Technology. Minister Gewessler noted that, over the past years, we have been witnessing a change of direction in terms of energy use in Europe. Indeed, as according to Gewessler, there is an international momentum to de-carbonize and to enhance long-term strategies promoting energy sources other than carbon. Minister Gewessler stressed that coal does not have future in European energy use and that, at present, we are seeing a global shift on a political level, in which policy making bodies all aim to de-carbonize and to work together on the European level to cooperate to further this very objective.

The Polish Minister for Climate and Environment, Michał Kurtyka spoke about the role of Poland, which is very interesting in terms of the historical energy -related experience that is brings to the European table. Indeed, in 1989 the country relied in its entirety on coal with no alternative energy sources, except some gas supplies from the East. This coal over-reliance shaped polish political sector for the years to come and was no easy burden. Fortunately, the situation has shifted ever since. The Polish energy transition experience brings important lessons for Europe – we need to strive not to replicate this brutal situation, where only one energy source is available for use. Minister Kurtyka stressed that governments need to emphasize the importance of diversification of energy supplies and that carbon taxonomy needs to be fitted to the reality of the situation in all member states rather than to the aspirations of the governments – this is why a pan-European carbon tax could hurt the most vulnerable part of the population in the countries, that are still struggling to make the transition.

Third presentation was made by Mr Jean-Bernard Levy - President of Électricité de France in Paris. Mr Levy noted that we need stability of energy-related regulations on the EU level and that it is the policy makers who ultimately decide on energy and electricity needs of businesses in Europe. This is why, they need to be well-informed and conscious on the relevant situation in terms of energy transition in all EU member states.

After the presentation, the audience had a chance to participate in the conversation by sending their comments and asking questions. The debate was lively and had enjoyed a high turnout. We have received a positive feedback from both panellists as well as the audience.

In case you have missed the conference, the recording is available online, via following link: