Online Seminar: Turkey’s S-400 Saga: Will it Activate the System? 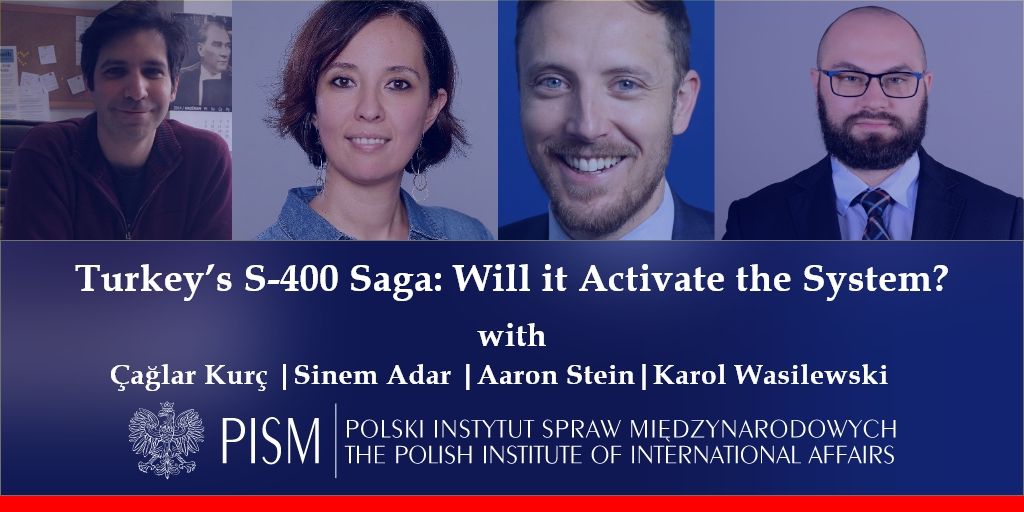 invites you to the online debate

Turkey’s S-400 Saga: Will it Activate the System?

It’s been a year since the first parts of the Russian-made S-400 air defence system arrived in Turkey. In the last 12 months, Turkish decision-makers have repeatedly told their international partners that the system would be fully operational no later than April 2020, yet it remains inactive. Many experts doubt the official reasons for the delay—Turkish politicians say it was caused by the pandemic—pointing to Turkey’s many problems in foreign policy and the condition of the country’s economy.

Main points of the discussion:

The debate will be livestreamed on our YouTube channel: https://www.youtube.com/user/PolandPISM

The debate will be held in English.