EU-China Comprehensive Agreement on Investment: Political and Economic Implications for the European Union 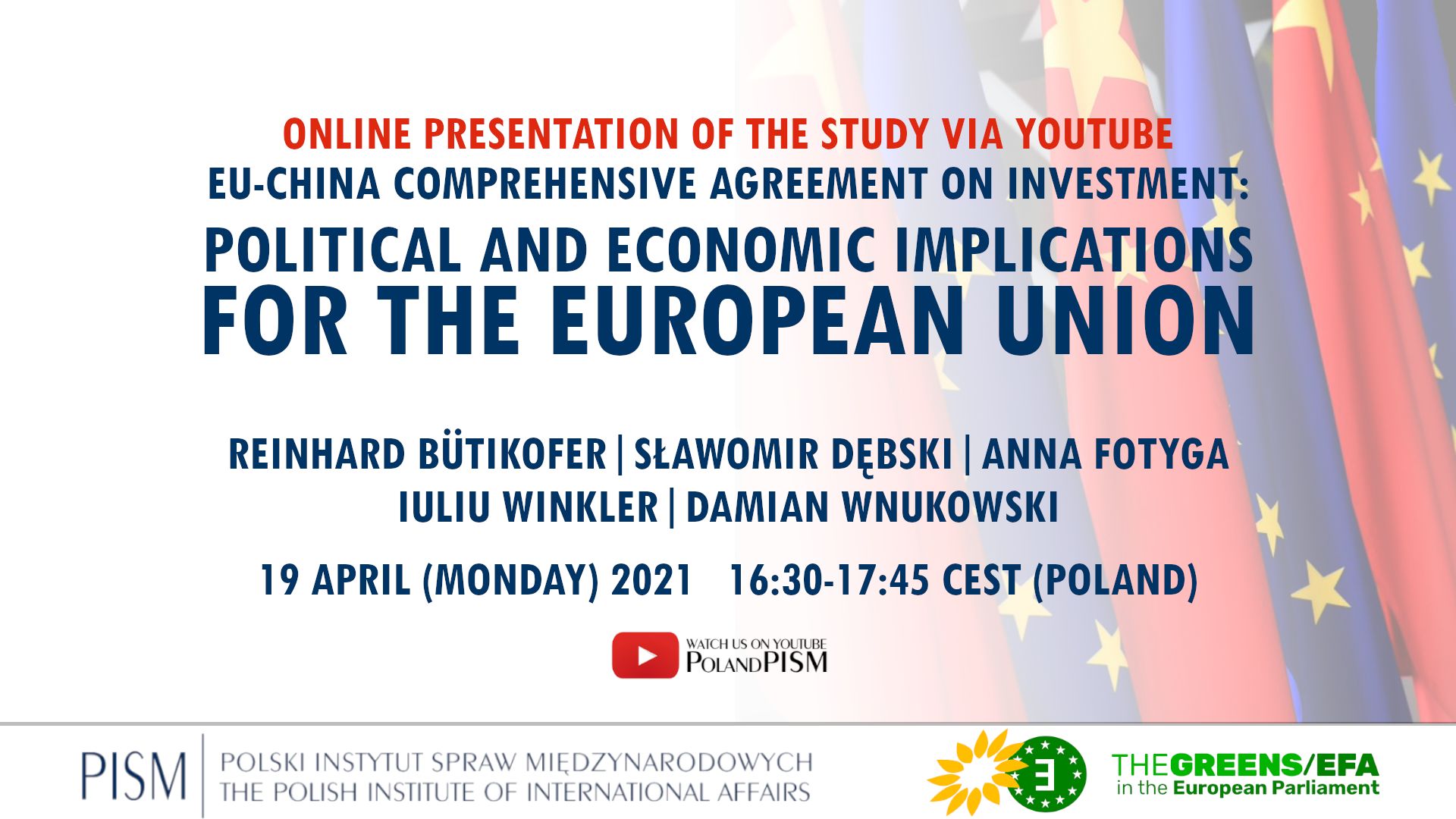 Greens/EFA Group in the European Parliament

EU-CHINA COMPREHENSIVE AGREEMENT ON INVESTMENT:
POLITICAL AND ECONOMIC IMPLICATIONS
FOR THE EUROPEAN UNION

Since the conclusion in principle of the EU–China Comprehensive Agreement on Investment (CAI) on 30 December 2020, an intense debate has taken place in the European Parliament. The ratification process in the Council of the European Union and the Parliament had been expected at the end of this year or the beginning of 2022. This schedule is now in question following the sanctioning of several Members of the European Parliament. Nonetheless, the debate about opportunities and risks inherent in CAI merits intense public attention.

PISM together with the Polish Economic Institute have looked into the CAI and prepared a study on its political and economic implications for the EU. In this online discussion, we will discuss the CAI together with Members of the European Parliament.

Chair: Reinhard Bütikofer, MEP, Group of the Greens, Chair of the Delegation for Relations with China

The online seminar will be recorded and livestreamed on YouTube channel.